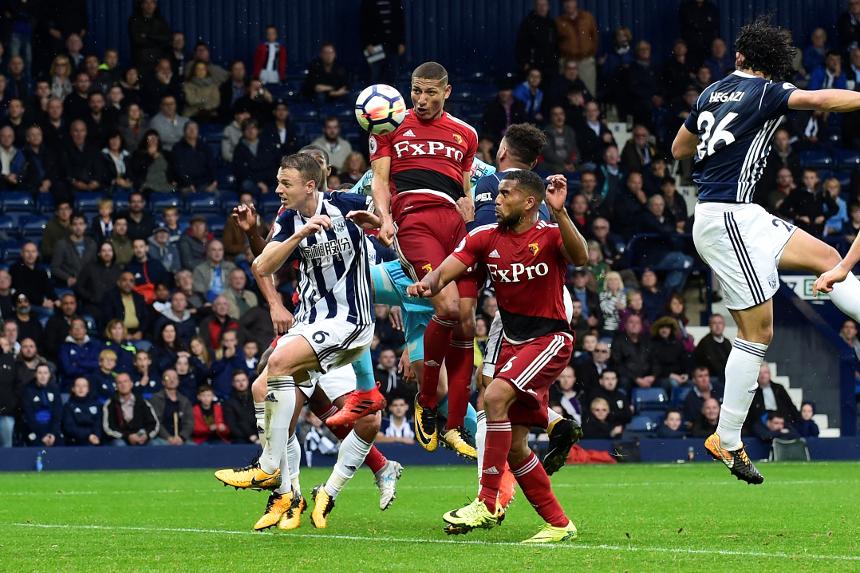 Richarlison scored in stoppage time as Watford battled from two goals down to draw 2-2 with West Bromwich Albion at The Hawthorns.

Salomon Rondon put West Brom ahead with the first shot of the match, firing past Heurelho Gomes from a tight angle after a powerful run.

The Baggies doubled their lead in quick fashion as Jonny Evans bundled the ball in from close range from a Matt Phillips corner.

Abdoulaye Doucoure halved the deficit before the break, collecting a Richarlison pass and driving past Ben Foster.

The Hornets pressed for an equaliser and it came in the last attack of the match as Richarlison headed in a Jose Holebas free-kick.

A point for Watford sends them fifth ahead of Sunday's fixtures. West Brom go 10th.