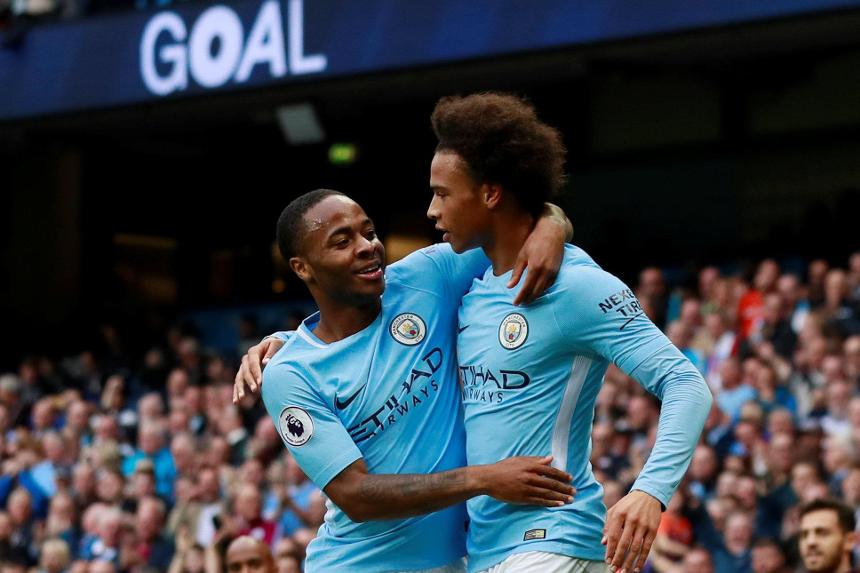 After beating Liverpool 5-0 and Watford 6-0, City are the first Premier League team to score at least five goals in three consecutive matches, while Palace became the first to lose their opening six without scoring.

Palace threatened, with Ruben Loftus-Cheek hitting a post, before Leroy Sane broke the deadlock just before half-time, controlling a David Silva pass, flicking the ball over Scott Dann and finishing from a tight angle.

After the break Raheem Sterling score twice within eight minutes from crosses by Sane and then Sergio Aguero.

Aguero headed in a Sane cross before Fabian Delph curled in from distance.