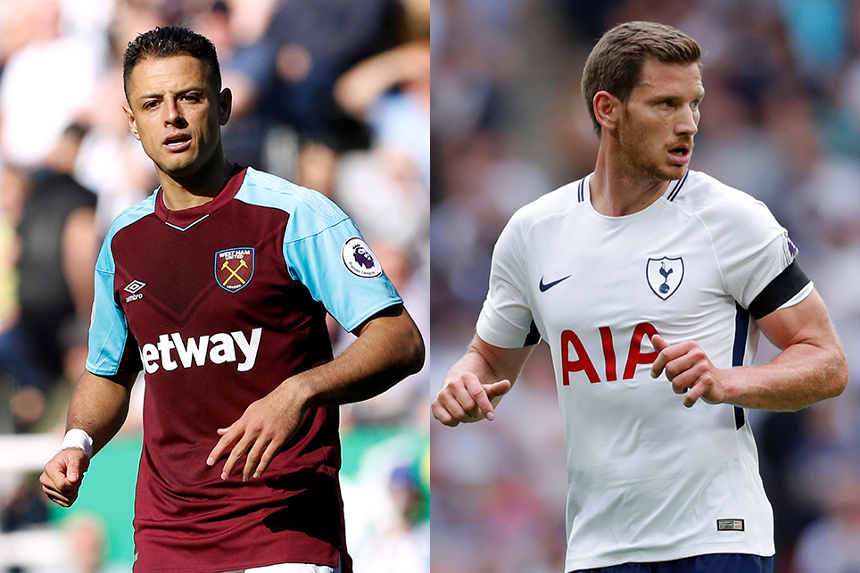 Chicharito may have to win his individual battle with Jan Vertonghen if West Ham United are to maintain their 100% London Stadium record against Tottenham Hotspur, writes Sky Sports’ Ollie Francis.

The Mexican has scored two of West Ham's four Premier League goals this season, but he will be hoping to improve on a poor personal record against Saturday's visitors.

He has not scored a goal in eight career appearances versus Spurs, who are the PL team he has faced most without finding the back of the net.

But one of Chicharito's main roles this weekend will be to press high and stop Spurs building from the back, something they did successfully in the 1-0 win in May that all but ended their rival's hopes of the title.

It is something he is more than capable of, with only Pablo Zabaleta covering more distance for the Hammers this season.

When on the attack, Chicharito will need to find a way past Spurs' most influential player at the back.

Jan Vertonghen was a mainstay of the best defence in the Premier League last season, conceding only 26 goals.

Not only has he had more touches than any other Premier League defender this season (525) but, since the start of 2016/17, he has made by far more clearances, headed clearances and interceptions than any team-mate.

Winning this personal duel will be key if Chicharito is to end his scoring drought against Mauricio Pochettino's side.