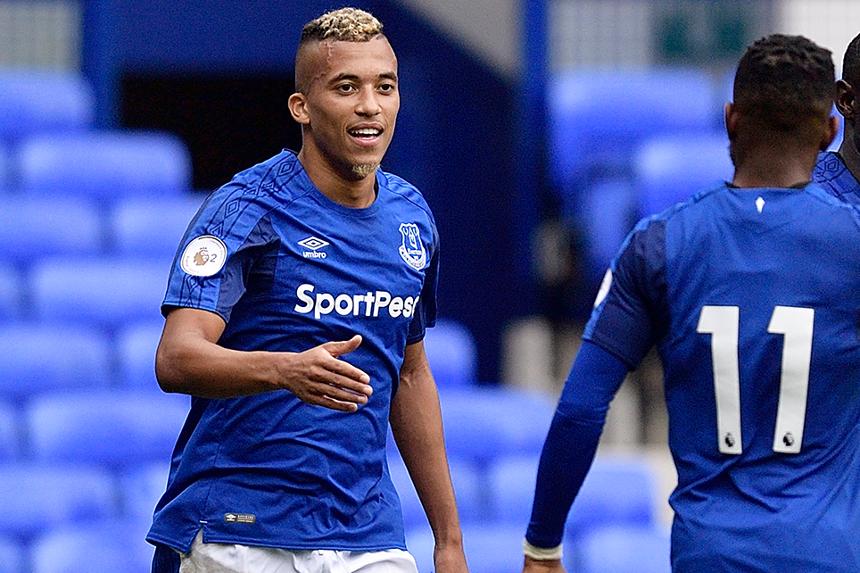 Everton produced a stirring second-half comeback to beat Arsenal 4-2 at Southport and replace their visitors in second position in Division 1.

Marcus McGuane's deflected shot gave the Gunners a half-time lead, but a double substitution at the break paid dividends for the Toffees.

One replacement, Bassala Sambou, set up the other, Anton Donkor, to equalise before team-mate Gethin Jones was carried off on a stretcher with a suspected broken leg.

Everton took the lead when Arsenal's Joseph Olowu headed into his own net, before McGuane equalised with a penalty.

But late goals from Antony Evans and David Henen (pictured above), which sandwiched the sending-off of Arsenal's Charlie Gilmour, sealed the hosts' fourth straight league victory.