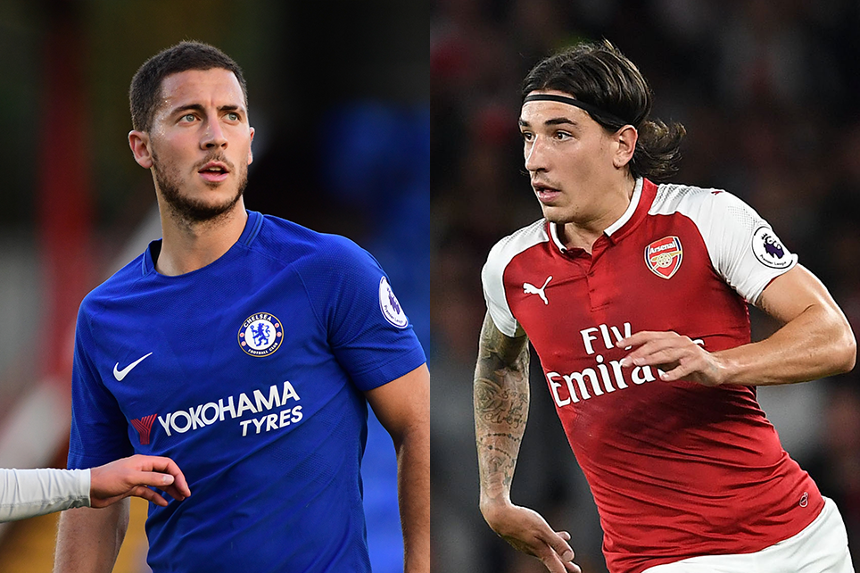 Impact of Chelsea winger is down against Arsenal with Spaniard on the pitch, writes Sky Sports' Will Rickson

Eden Hazard's tussle with Hector Bellerin could be crucial when Chelsea face Arsenal on Sunday, writes Sky Sports’ Will Rickson.

Hazard played his first 13 minutes of Chelsea's season against Leicester City last Saturday and could now be set for his first Premier League start since May.

And it looks like coming against a player who he has previously struggled to get the better of.

Hazard and Bellerin have played against each other in seven London derbies in all competitions. There have been three wins for Chelsea, three for Arsenal and one draw.

But in those meetings, Hazard has failed to assist and scored only once, and that was when Bellerin had gone off injured in Chelsea’s 3-1 home win in February.

This means that heading into this weekend, Hazard has averaged a goal or assist once every 260 minutes against Arsenal in the Premier League.

Of Chelsea’s “Big Six” rivals, only against Manchester United does he boast a worse minutes-per-goal involvement rate.

He may find it tough to improve this record on Sunday against a player who has hit the ground running in 2017/18.

Despite switching between right and left wing-back Bellerin’s stats have not suffered. In fact, since Arsenal shifted to a back three in April, the Spaniard’s attacking figures have improved.

He will also be able to keep pace with Hazard when running towards his own goal.

Last season, only nine players achieved a higher top speed than Hazard, but Bellerin was not far behind the Belgian, clocking in at just under 35 km/h.

But with Hazard aiming to get his campaign off the mark, it proves to be an intriguing battle at Stamford Bridge.

See: Who was the quickest PL player last season?