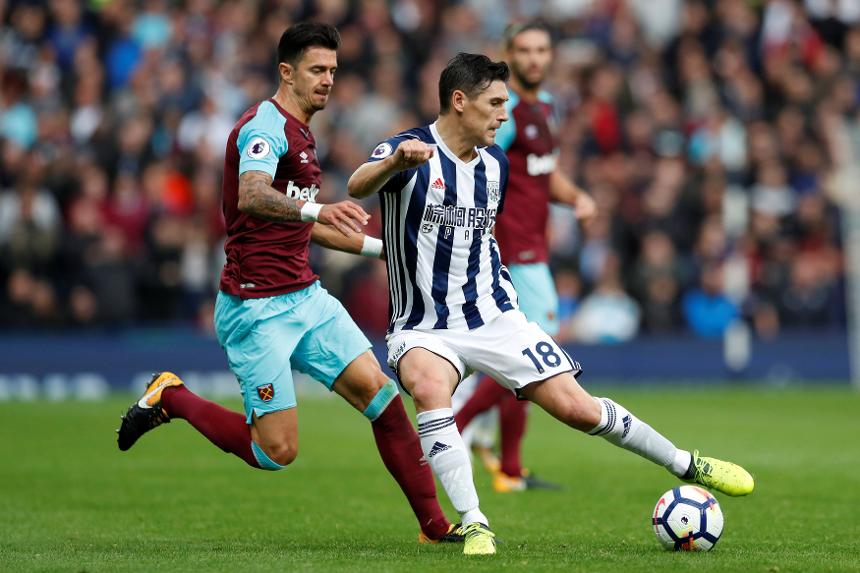 The Baggies midfielder equalled Ryan Giggs's all-time appearance record of 632 matches and became the first player ever to make 600 starts.

Barry nearly marked the occasion with a goal on 11 minutes but his header from a Matt Phillips corner could only ripple the roof of the net.

Pedro Obiang then came close to a goal-of-the-season contender when his shot from 40 yards caught out Ben Foster and smashed the crossbar.

The draw means West Brom are ninth having lost only once this season. West Ham are 18th but are two unbeaten.