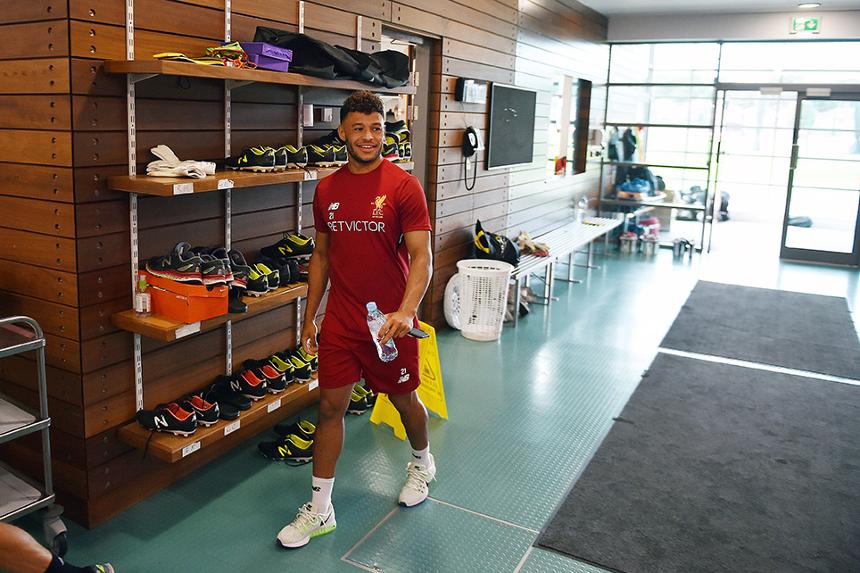 'I can do more in my career, and my dream is to do that here' - Fernando Llorente External Link

After the summer transfer window came to a close on Thursday 31 August, fans will get a first glimpse of several late signings when the Premier League resumes this weekend.

Here we look at some players in contention for their debuts.

Alex Oxlade-Chamberlain (LIV) - After sealing a Deadline Day move from Arsenal, will the 24-year-old be able to get a place in Jurgen Klopp's in-form starting XI? And, if so, in what position?

Tim Krul and Ezequiel Schelotto (BHA) – Brighton’s rearguard could have two new members as they seek both a first win and goal of the season. Krul, on loan from Newcastle United, will compete with Mat Ryan for a place between the posts, while Schelotto, signed from Sporting Lisbon, could line up in the centre of defence.

Grzegorz Krychowiak and Kieran Gibbs (WBA) – Tony Pulis signed defensive midfielder Krychowiak from Paris Saint-Germain on loan, just a year after he left Sevilla. He could make his bow, as could left-back Gibbs, who has switched from Arsenal.

Nikola Vlasic (EVE) - After impressing Ronald Koeman while playing for Hajduk Split in the UEFA Europa League, the 19-year-old winger will hope to do so again in the Premier League.

Aleksandar Dragovic (LEI) - Craig Shakespeare has brought in the 26-year-old Austria defender on loan from Bayer Leverkusen to compete with Harry Maguire and Wes Morgan in the continued absence of Robert Huth.

Danny Drinkwater and Davide Zappacosta (CHE) - Drinkwater makes an immediate return to the King Power Stadium, having left for Stamford Bridge on Deadline Day. He could line up alongside another former Leicester midfielder, N'Golo Kante. Zappacosta will look to challenge Victor Moses for the right wing-back role after signing from Torino.

Marvin Zeegelaar, Molla Wague and Orestis Karnezi (WAT) - Watford head coach Marco Silva prioritised his defence on Deadline Day, bringing in 27-year-old left-back Zeegelaar from Sporting Lisbon and central defender Wague from Granada on a season-long loan. With Watford beset by injuries at the back, the former is in contention to feature, while goalkeeper Karnezi is set to be on the bench.

Nahki Wells (BUR) – After Chris Wood came on to score on his debut for Burnley at Spurs in Matchweek 3, can Wells - the 27-year-old forward who joined from Huddersfield Town - have a similar start?

Mamadou Sakho (CRY) – Sakho will not be making his Crystal Palace debut, having played on loan there last season, but Eagles fans will hope he recover from a knee injury and shore up their defence after making his move permanent.

Wilfried Bony and Renato Sanches (SWA) – After a goal on his Premier League debut for Swansea four years ago, Bony has returned from Manchester City and could face a club he scored against in his only appearance against them for the Swans. Sanches will add flair to the midfield on a season-long loan from Bayern Munich.

See: How Zappacosta can help Chelsea