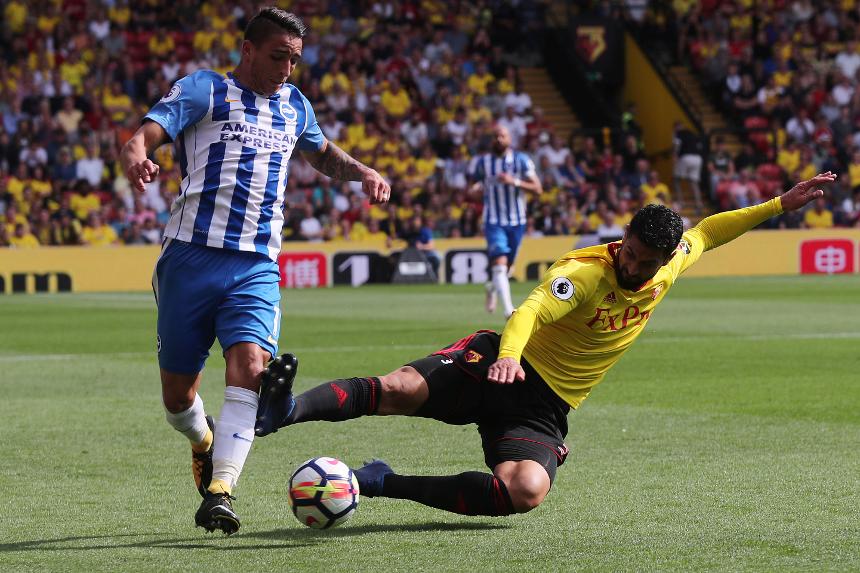 Watford remain unbeaten this season despite being reduced to 10 men in a 0-0 draw with Brighton & Hove Albion.

Miguel Britos was sent off after 24 minutes for a dangerous tackle on Anthony Knockaert.

Knockaert had come close to scoring for Brighton, but his shot came back off the post.

Brighton were denied by the post once again, this time Solly March ruing his luck.

In the end, Brighton left Vicarage Road with their first Premier League point but it could have been more.