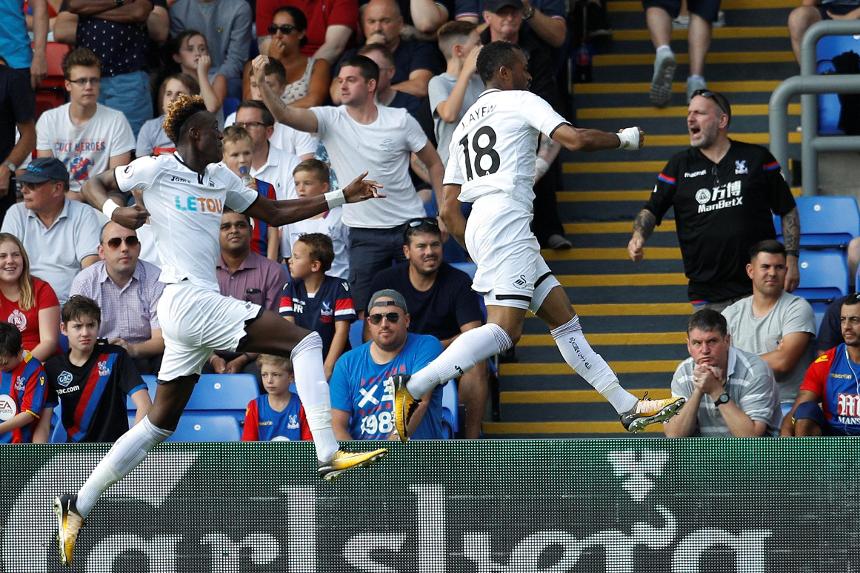 The loan signing from Chelsea broke the deadlock just before half-time when he tucked home Leroy Fer’s cross on the volley.

Three minutes after the break Jordan Ayew capitalised on a mistake to double Swansea’s lead from a through-ball by Kyle Naughton.

Palace substitute Yohan Cabaye might have reduced the deficit but his effort was blocked by Mike van der Hoorn's challenge.

Crystal Palace are still seeking their first point and are 19th in the table. Swansea's maiden victory lifts them to ninth, on four points.