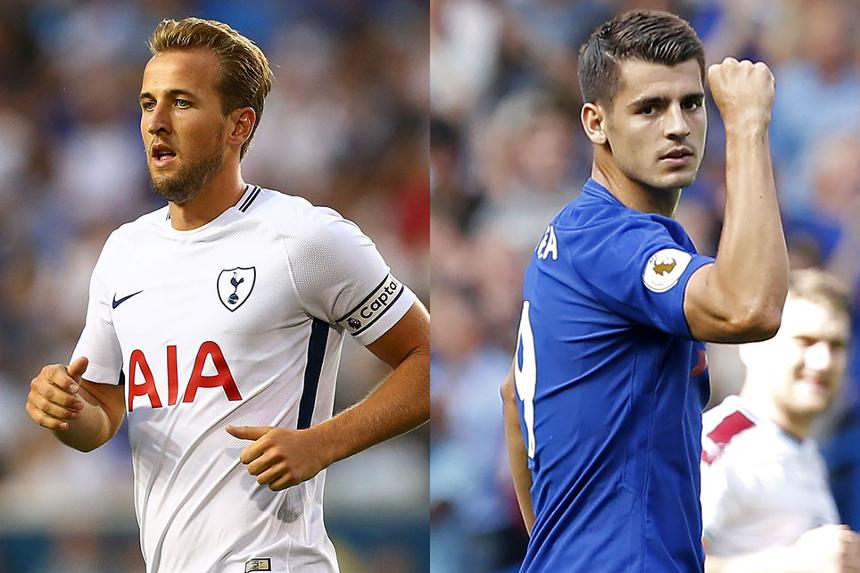 Harry Kane and Alvaro Morata go head-to-head when Tottenham Hotspur face Chelsea on Sunday, but how do the two strikers compare?

Mauricio Pochettino's men will be hoping to improve their recent poor record at Wembley Stadium, and with derby matches generally tight affairs, the performances of the strikers could prove crucial.

Kane and Morata have a lot in common: they are both 24 years old and had very similar records in their respective leagues last season.

Despite playing second fiddle to Karim Benzema at Real Madrid and making only 14 LaLiga starts, Morata managed to find the net 15 times over the course of the campaign.

He averaged a goal every 89 minutes in LaLiga; only two higher than Kane's 87 minutes per Premier League goal.

In fact, only Lionel Messi, Edinson Cavani and Arsenal's new No 9 Alexandre Lacazette had better minutes-per-goal records in Europe's top five leagues in 2016/17.

It was not only their minutes-per-goal records that were similar. Both Morata and Kane averaged 70 minutes per goal or assist and also averaged the same number of shots and shots on target.

Despite his scintillating form since becoming Spurs' leading forward, Kane's least productive spells in front of goal have been in the opening three months of the season.

He has a record of only 15 goals in 42 appearances in all competitions in the months of August through to October. His record in August itself is even leaner, having failed to score in 11 Premier League appearances in the opening month of the season.

If Kane can end that run on Sunday Pochettino's men will have a great chance of winning their opening two matches for the first time since the start of 2014/15.

If Morata can continue where he left off against Burnley last Saturday, Spurs could once again end up suffering Wembley heartache.

See: Which month is Kane's best in front of goal?