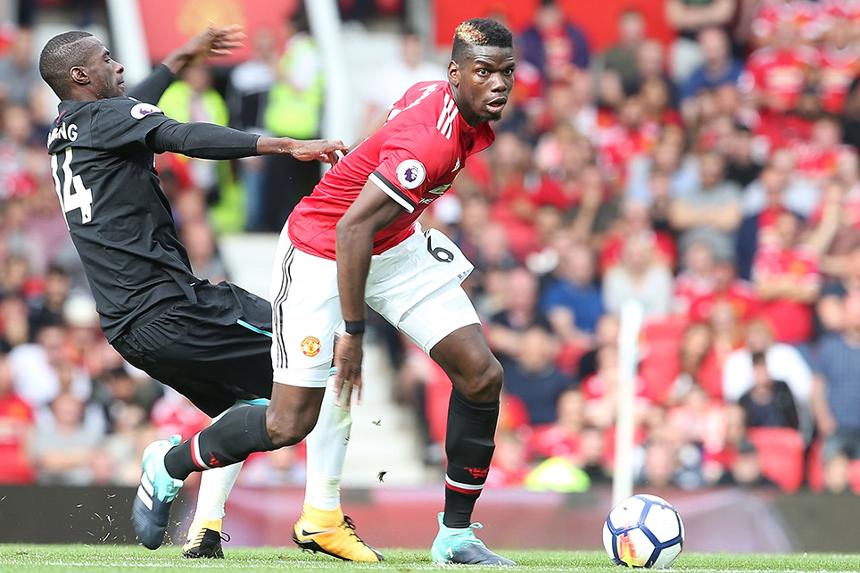 Paul Pogba returns to the Liberty Stadium on Saturday, the scene of the best Manchester United goal of his career so far.

His arrowed effort last November was seen as a glimpse of what was to come. But his late strike in last weekend's 4-0 win over West Ham United was potentially far more significant, writes Adam Bate.

There is a feeling within Old Trafford that the midfielder was judged too harshly last term.

Five league goals and four assists told only some of the tale. There was the fact that Pogba topped the list for chances created and dribbles completed, hinting at a much greater influence. Putting the package together was the challenge that remained.

The summer arrival of Nemanja Matic was supposed to solve that particular problem. Forty-two per cent of Pogba's touches came in his own half last season, but with Matic and Ander Herrera in support, this season offers an opportunity to get the France international into better areas.

Instead, Jose Mourinho, perhaps surprisingly, kept Pogba in his midfield two against West Ham, changing the personnel rather than the tactics. And it worked.

Matic was a one-man warning light, alert to danger and intercepting passes. He covered 11.7 kilometres in the match - 890 metres more than anyone else on either side - and it was even his challenge that helped to set up the opening goal. It was his performance that liberated Pogba to express himself.

Often it was Matic feeding the ball to his midfield partner. He found him 14 times in the match, six more times than he passed to anyone else, and Pogba did the rest. The result was that Man Utd's No 6 played more passes in the opposition half than anyone on the pitch and completed more dribbles than in all but one of his Premier League appearances last season.

The suspicion remains that Pogba is better suited to a three-man midfield. After all, even his last-minute goal against West Ham, surging on to an Anthony Martial pass, came once Marouane Fellaini had replaced Juan Mata. But Matic's commanding performance on Sunday will encourage the notion that Pogba can play from deeper with the right partner.

As a result, Mourinho may feel persuaded that the Matic-Pogba partnership can be the way forward for United as they seek to find greater potency against weaker opposition at Old Trafford. And there is always the option of switching to a midfield three for potentially tougher matches. It is that possibility that still intrigues when it comes to Pogba.

See: Rio Ferdinand on how Pogba can emulate Lampard