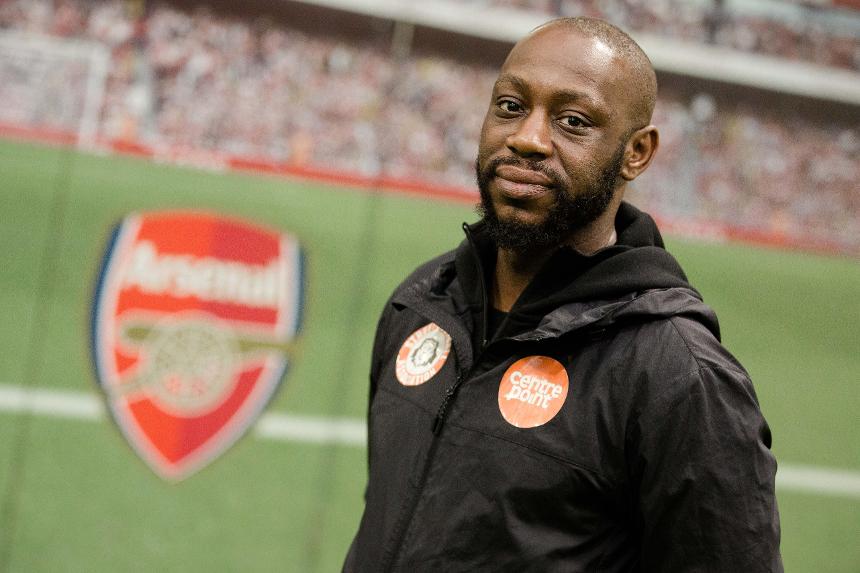 When Nathan Auguste found himself homeless, it was one of the bleakest periods of his life.

“I felt really alone,” he says. “My mindset was down and I didn’t really have any aspirations at the time.

“Not being able to ask anybody for help, or feeling like that, it was a really cold and dark time. Days were wasted. I wasn’t really doing much.”

Staying in a hostel, Nathan spotted an advertisement for a football programme run by the homeless charity, Centrepoint, and Arsenal in the Community. After joining in, he got an international call-up.

“I was selected to go away with the HFA [Homeless Football Association],” he says. “We went to St George’s Park. I was taken away to Amsterdam to play in the Homeless World Cup.

“Just playing and having Three Lions on my shirt was an amazing experience. It gave me an incentive, something to look forward to, a reason to get up.

“I gained a lot of qualifications while I was involved at the training centre too.”

Nathan has gone on to become a volunteer coach for the Centrepoint and Arsenal programme, before finding full-time employment.

“I tell all the youngsters about my experiences. I tell them where I’ve come from and where I’ve got to. I let them know that anything is possible, there are no limitations.

"Arsenal and Centrepoint did help to change my life.”