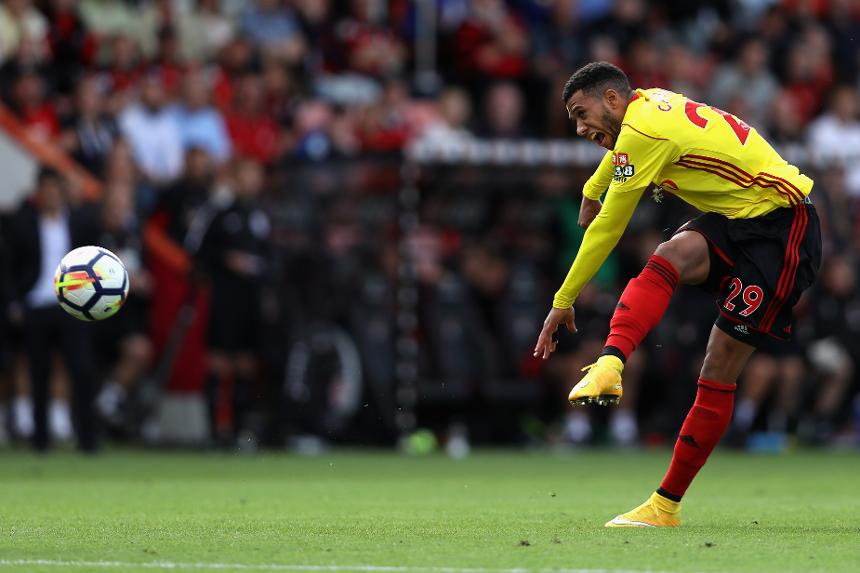 Second-half goals from Richarlison and Etienne Capoue gave Watford their first Premier League win of the season at AFC Bournemouth.

After a goalless first half, in which Andre Gray almost opened his account for Watford but lifted a shot over from six yards, a good spell of pressure for the visitors was rewarded with a goal.

It was Richarlison who broke the deadlock, the Brazilian scoring his first goal for the club by bundling in Gray's cross on 73 minutes.