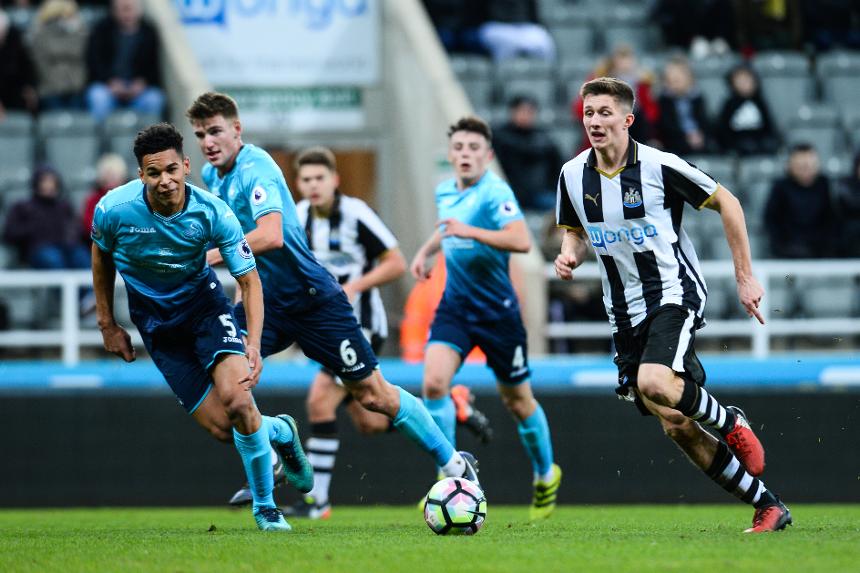 Substitute Owen Gallacher got a late winner for Newcastle United as they claimed a thrilling 4-3 victory in Division 2 against Stoke City.

Liam Smith and Luke Charman gave Newcastle a two-goal lead at St George's Park, before Daniel Jarvis pulled one back for Stoke in the 45th minute.

Jarvis's second after the break levelled the scores, and Stoke went in front when Daniel Barbir volleyed in.

Newcastle face West Bromwich Albion in their next PL2 match, while Stoke take on Aston Villa.