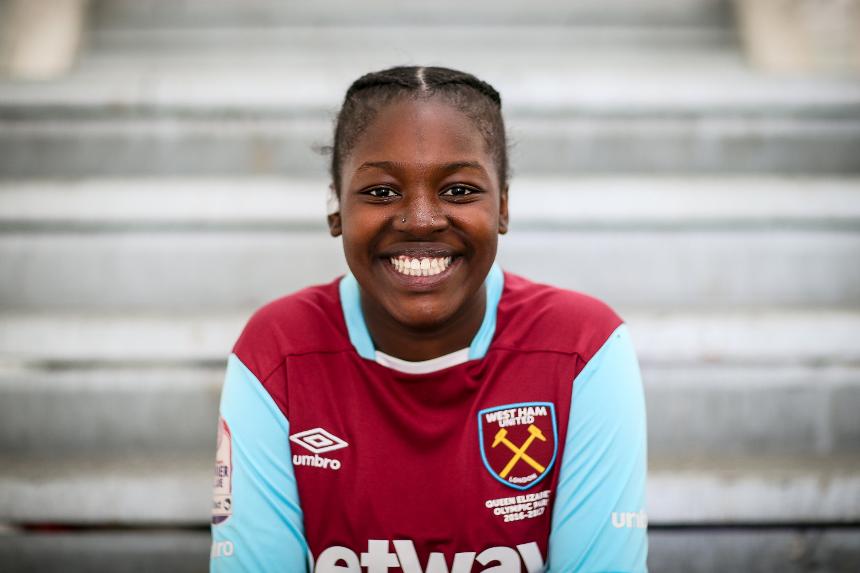 When Kunmi started working with the West Ham United Foundation four months ago, life was very different for her.

As well as thinking of quitting football after not being able to get into another club, the grade 8 pupil's behaviour at school in east London was a concern.

"The first time I saw her, she was shouting and screaming at a teacher," says Foundation learning mentor George Lavender. "And then I got told that was one of the girls that I would be working with!"

After discovering her love of football, George invited Kunmi to train with West Ham as part of their Premier League Girls Football programme.

"Where I'm from, there is temptation to do other stuff," Kunmi, now 15, says. "If you are not doing something like a hobby, you will be outside doing rubbish. I didn't want to do that.

The next generation: inspired

"George helped me focus my energy into something more than being rude to teachers.

"That first session I played with the Foundation I was scared. It was a new environment and I didn't know anyone.

"But everyone was welcoming at West Ham, that's why I liked it. I have been included in everything.

"Even though I have just joined their team I feel like I have been a part of it for a long time."

And being involved with West Ham has led to a drastic change to her attitude at school.

"Before I didn't really care about anything, I went with the flow," she explains. "I am not rude to the teachers any more. If I feel like I have offended them I will go back and apologise. I wouldn't have done that previously.

"I know if I try harder in lessons, I will do better.

"George is always telling me school is as important as football and I am now focused on both and hope I hit my targets in both school and football, which I think I can."

Kunmi has excelled on the programme and as a reward for her commitment and improved behaviour she was invited to represent West Ham at the recent Premier League Girls Football National Festival at St George’s Park.

"It was a great opportunity because I played on the same ground that professional footballers have played on," she says. "I want to get in the same position some day."

The Festival ran over two days and featured teams from 40 Premier League and Football League clubs, who had the opportunity to play in a competitive and make friends with players from around the country.

And for George, the event will have a long-term impact on the girls.

"When all of the girls got the first-team kit to wear, they were buzzing," he says. "Girls football is increasing and we should all be really looking forward to the future of it, especially with girls like Kunmi coming through."

West Ham United Foundation are one of 86 clubs that deliver the PL Girls Football programme, run in partnership with The FA, with more than 45,000 taking part over the last four years.