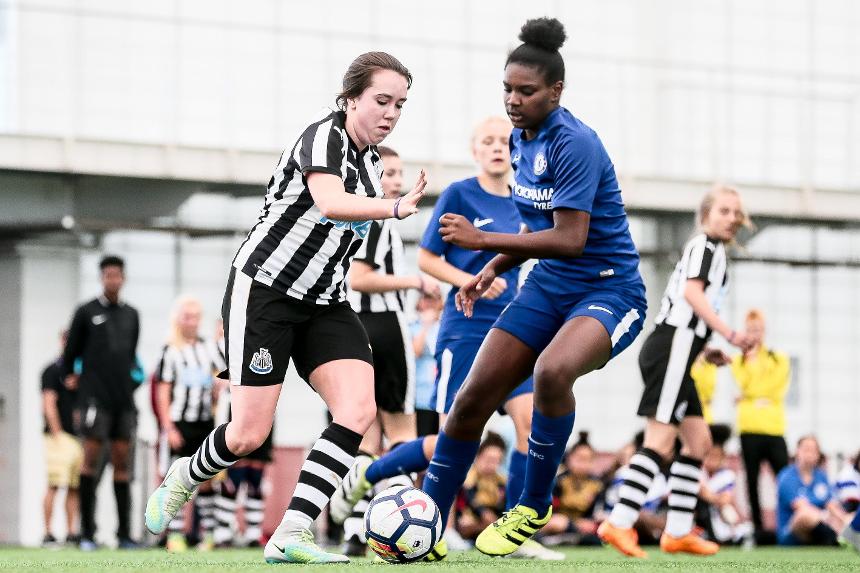 As Newcastle win Day One of the PL Girls Football National Festival, matchwinner Megan describes how the scheme has helped her

Scoring the winning goal in any football match is a memorable moment.

But when you are representing your local Premier League club and that goal wins you a national tournament, it's even more special.

That's the feeling 15-year-old Megan had last week as her close-range finish sealed a 1-0 victory for Newcastle United over Chelsea in the Day One final at the first PL Girls Football National Festival.

It was a fitting end to the day for the Magpies team, who did not lose a match in the group stage before defeating Swindon Town in the semi-finals.

"The keeper came out and I dragged it back with my right and then tapped it in with my left," Megan said. "It was great to score in a final like this.

The next generation: inspired

"I just felt shock when the final whistle went. I did not expect to win, it's overwhelming."

The National Festival featured a total of 40 teams over two days and was held at St George's Park on the same pitches that are used by the England women's and men's senior teams.

"It's an amazing place and I won't forget playing here," Megan said. "The tournament is a real boost for girls football and it gives the players a confidence to realise that it is not just men that play it.

The competitors who played last week are all part of the PL Girls programme, which is run in partnership with The FA and gives opportunities for females to get involved in the sport.

For the last four years Megan has been with the programme by the Newcastle United Foundation, one of 86 clubs that run PL Girls Football.

"I wanted to get involved because I support Newcastle United, it's a good set up and it gives you a confidence boost playing for your local club," she said.

"All the boys are like 'you play for Newcastle!'. They love it. Most of my friends don't play football, I am only one, but they love coming to watch us play."

"Without PL Girls I would probably be sitting at home or playing in a football cage near my home.

"This programme has given me an opportunity to improve and play against players from around the whole country, it really opens your eyes."