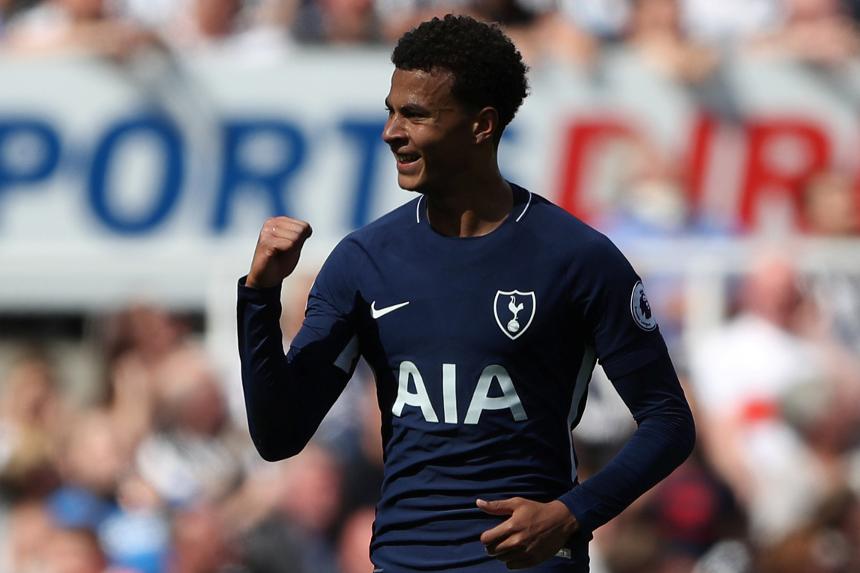 Dele Alli and Ben Davies scored as Tottenham Hotspur opened up their campaign with a 2-0 victory at newly-promoted Newcastle United.

Chances were at a premium in a keenly fought first half, during which Newcastle lost defenders Paul Dummett and Florian Lejeune to injury.

Jonjo Shelvey was sent off at the start of the second period after treading on Alli's foot, while Newcastle's Dwight Gayle and Spurs striker Harry Kane had good chances saved.

Alli then put the visitors ahead on 61 minutes, converting from Christian Eriksen's fine cross, while Davies added a second nine minutes later, finishing off a smart team move and another Eriksen assist.

Kane had a late chance to claim a third but his shot came back off the post.