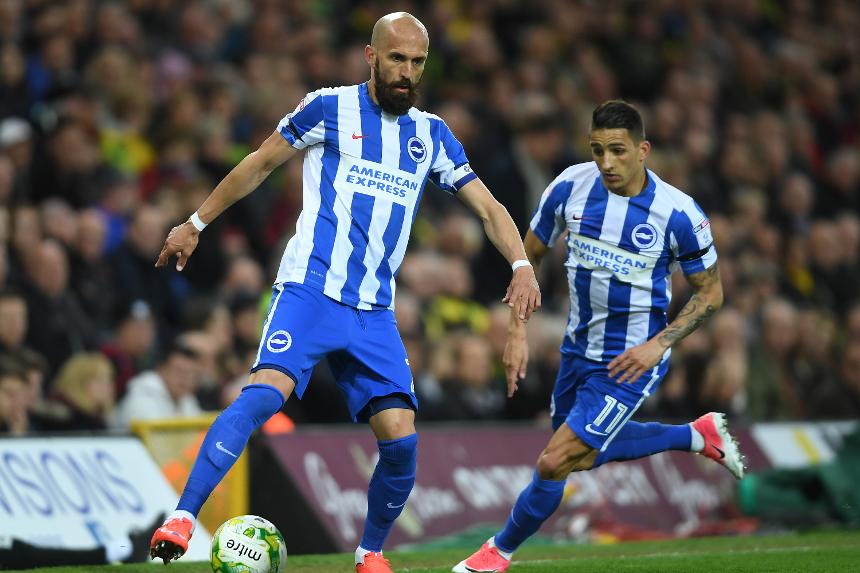 Brighton & Hove Albion captain Bruno says his side have the right balance of youth and experience to succeed in the Premier League.

At the age of 36 Bruno was one of the reasons the Seagulls fielded the oldest team in the Championship last season. With an average age of 28 years 293 days, he says the team's mix of young and old is a recipe for success.

"I've been in a similar situation before, when I got promoted with Almeria to LaLiga," Bruno told brightonandhovealbion.com. “I was younger and didn't know what to expect, but now I’m older and more experienced I know and that makes it easier.

“Experience will be important, but when you’re young, you’re not afraid of anything and that’s good too. That freshness from young players will be just as important.”

#BHAFC captain Bruno believes maintaining a balance of youth and experience will be crucial next season. https://t.co/NZc4Boxt6n pic.twitter.com/204Px5yGP0