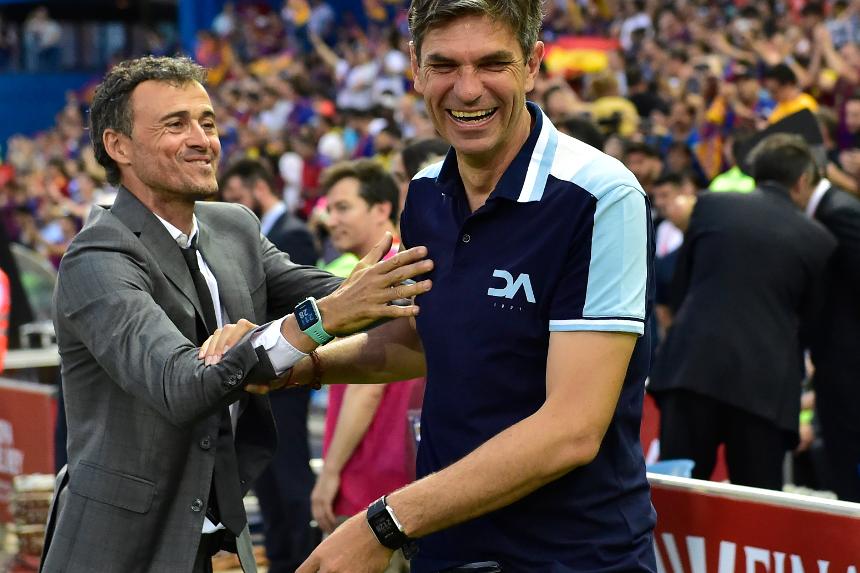 Following Pellegrino's appointment at Southampton, we look at the history of Argentinian managers and players in the Premier League

Argentinian players have been a mainstay of the Premier League since Derby County's Horacio Carbonari and Sheffield Wednesday's Juan Cobian were the first to play in the competition in 1998 but managers from the country have been much rarer.

Players such as Hernan Crespo, Sergio Aguero and Carlos Tevez have graced the Premier League, with 63 in total playing since the competition started in 1992.

But Mauricio Pellegrino﻿ will become only the third Argentinian to manage a Premier League club when he takes over at Southampton with his first match in charge at home to Swansea City on the weekend of 12 August.

Remarkably, only two clubs have hired Argentinians as managers.

Tottenham Hotspur started when their former player Osvaldo Ardiles was appointed manager in 1993.

It was not until 20 years later that Mauricio Pochettino became the second, being appointed by Southampton in January 2013 From Espanyol.

Pochettino did so well at St Mary's, leading Southampton to eighth, that Spurs came calling and made him their head coach in May 2014.

Now Southampton have returned to Spain to recruit an Argentinian to provide a successor to Claude Puel and will be hoping that Pellegrino will emulate the success that Pochettino brought.

Argentinian managers in the Premier League