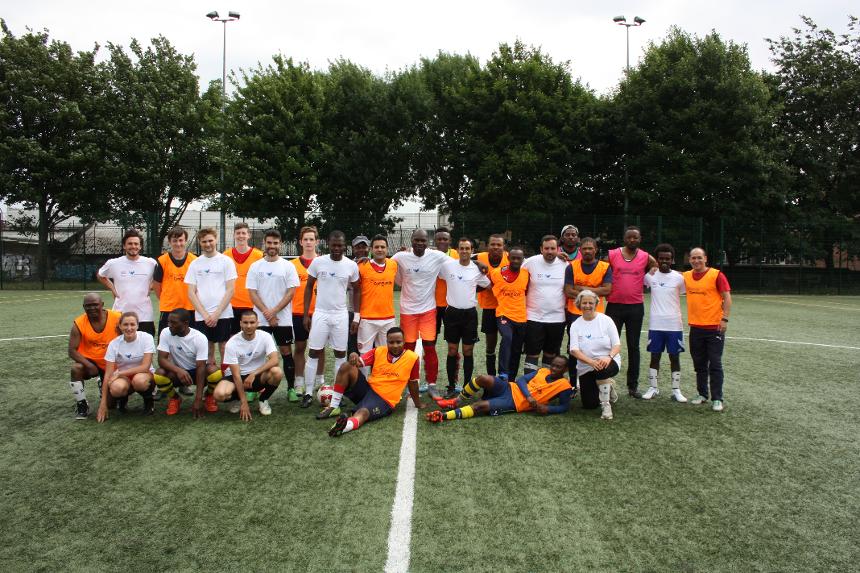 To mark Refugee Week, members of Arsenal in the Community's Freedom from Torture football group took part in a special match at their Market Road facility on Thursday.

The participants - survivors of torture who have sought asylum in the UK - played a team made up of Freedom from Torture and Arsenal in the Community (AitC) staff in a match that recognised the impact the programme has made since it began five years ago.

Around 30 participants regularly visit the Arsenal Hub, home of Arsenal in the Community, to attend the twice-weekly sessions, which help them develop confidence as well as language and social skills.

"Our project with Freedom from Torture over the past few years has shown that football can be a brilliant way of bringing people together, so a game was the natural way to mark Refugee Week," said AitC coach Jack Ironside.

As part of Refugee Week, Arsenal have also been highlighting the work it carries out in Somalia and Jordan through its Foundation.

Together with Save The Children, the Arsenal Foundation is building pitches in those two countries, providing communities with a safe place to play, giving people the chance to establish friendships and develop skills.

To find out how the pitches are making a difference, watch the videos below.