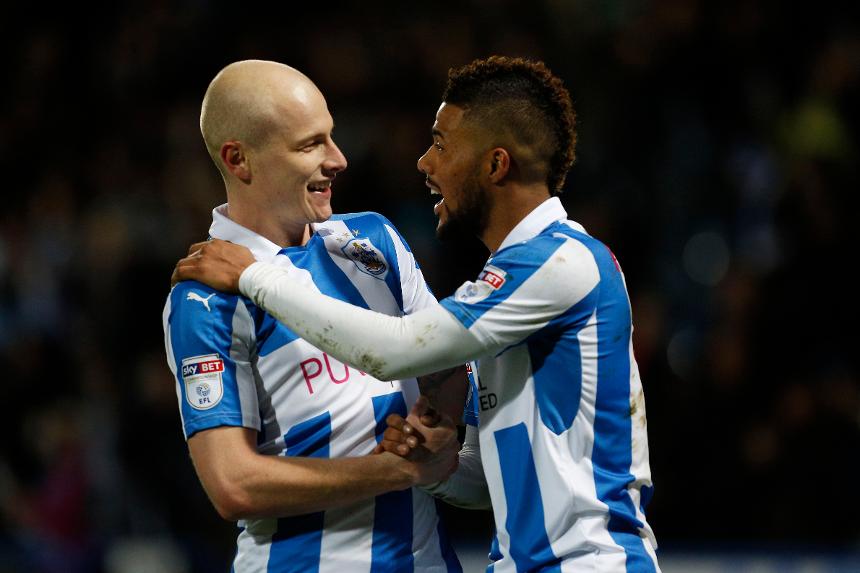 Profiling each of the promoted teams, Adrian Clarke continues his analysis of Huddersfield Town, with how pairings the length of the pitch can help them adapt to the Premier League.

All across the pitch David Wagner developed compatible pairings of his players that helped the Huddersfield team become stronger than the sum of their individual parts.

One particularly productive duo were Tommy Smith and Elias Kachunga, who tore opponents apart down the right on a regular basis.

Full-back Smith provided six assists for Kachunga, the winger, the joint-highest assist combination in the division.

Between them they scored 16 of Huddersfield’s 57 goals.

The central-midfield pairing of Jonathan Hogg and Aaron Mooy were the glue that held the team together.

Always showing for the ball and flowing with energy and invention, the positive approach from the Australian on loan from Manchester City earned him a place in the Championship Team of the Year.

The more defensive Hogg, 28, was an ideal foil to Mooy.

Neat and tidy, the former Aston Villa and Watford player boasted an 87.7% pass success rate across the 46 regular fixtures, while protecting the back four with a combative approach.

On and off the ball they complemented one another, and as a pair they averaged 131 passes per match to instil control to the Huddersfield line-up.

The other standout partnerships were the resilient German centre-backs, Christopher Schindler and Michael Hefele, and the left-sided combination of Chris Lowe and Rajiv van La Parra.

Both duos shared natural understandings blessed with chemistry, and this played to the benefit of the side.

Huddersfield were also tactically intelligent, knowing how to see matches out last season.

They scored first in 27 Championship matches, of which they won 24 and lost one.

Away from home they were more clever once the deadlock had been broken, winning nine, drawing three and losing none when opening the scoring.

Perhaps significantly, all 10 of their away victories were achieved by a one-goal margin, with six coming via a 1-0 scoreline.

Huddersfield knew when to tighten up and turn the screw when they needed to.

Keeping their shape well, Huddersfield conceded the fewest shots on goal (9.5 per match on average) in the 2016/17 Championship.

Under Wagner’s astute leadership they have got into some good habits, and tend to make shrewd decisions.

This match management will help them in the Premier League.

See: Can Huddersfield's high press work in the Premier League?﻿