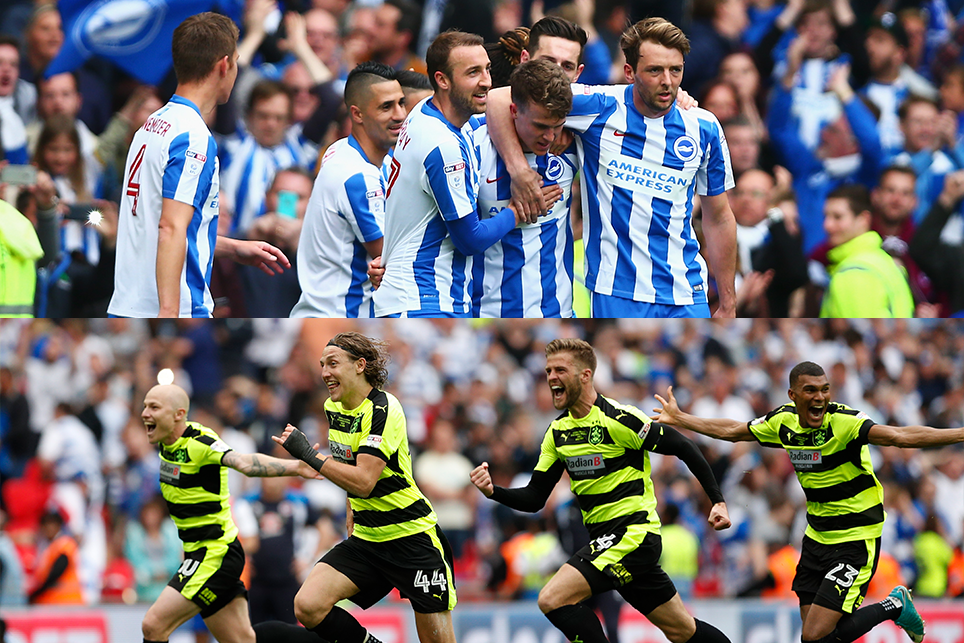 As Huddersfield join Brighton for first season in competition, we look at how past sides performed in inaugural campaign

Wagner: I'm the happiest man on the planet External Link

After their Championship play-off final triumph Huddersfield Town will join Brighton & Hove Albion as debutants in the Premier League next season, so we looked at how previous clubs have fared in their first campaign in the competition.

Excluding the inaugural 1992/93 Premier League season when 22 teams took part for the first time, 25 new teams have competed in the division after gaining promotion. Brighton and Huddersfield will take this tally to 27 in 2017/18.

Fittingly, this season’s Championship winners Newcastle United were the first promoted side and the best performers in their debut campaign, with Andrew Cole, in the video below, scoring 34 goals as they claimed third place in 1993/94.

They are one of 13 clubs to stay up in their first Premier League season, with the other 12 new teams getting relegated.

When the league consisted of 22 teams the average finishing position of debutants was 14.75, largely thanks to the Magpies.

But new teams have continued to thrive since, with 11 of the last 21 staying up and an average final finish of 15.86, safe from relegation, since the competition changed to a 20-team format in 1995/96.

Brighton and Huddersfield will be encouraged by the recent efforts of Stoke City, Swansea City and AFC Bournemouth.

All three teams have remained in the top flight after finishing 12th, 11th and 16th respectively in their debut Premier League campaign, with Stoke entering their ninth consecutive PL season.

See: Wagner - I'm the happiest man on the planet﻿