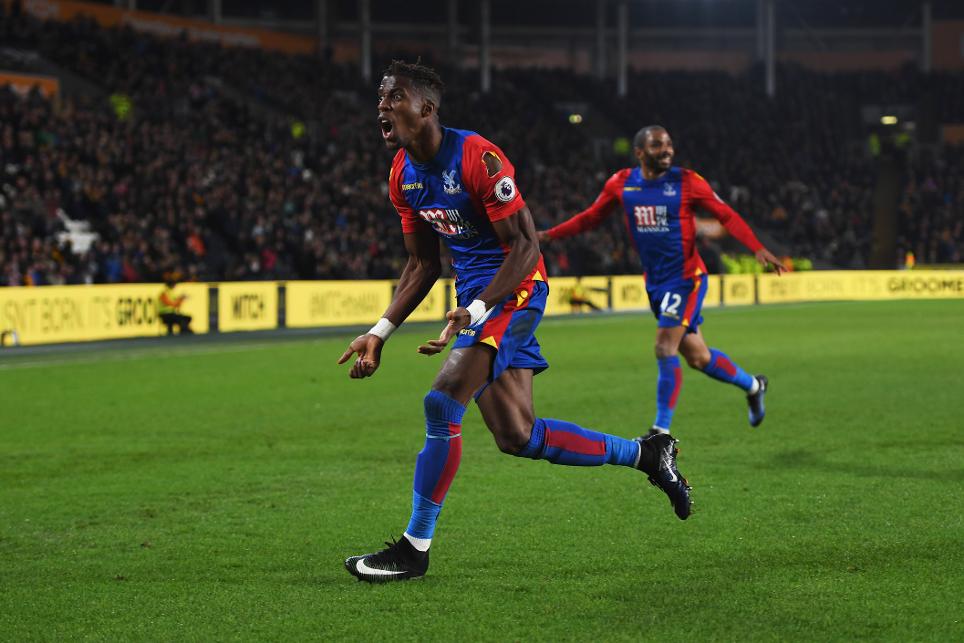 Zaha: The win was for the fans External Link

Wilfried Zaha is aiming to help Crystal Palace push higher up the Premier League after signing a new five-year-deal at the club.

The 24-year-old has been awarded Palace's Player of the Season for the past two campaigns, and was instrumental in securing the club's fifth consecutive season in the top flight, scoring in the 4-0 win over Hull City that secured their safey.

“Palace is in my heart and I don't think the story is over,” Zaha told cpfc.co.uk. “I spoke with [club chairman] Steve [Parish] and I think I still have more to give this club.

“The supporters have been amazing and I want us to do more than just stay in the League next year.

#CPFC 🦅 have agreed a five-year contract extension with @wilfriedzaha! 🔴🔵

The Ivory Coast international has made 100 of his 114 Premier League appearances in two spells with boyhood club Palace scoring 13 goals.

Zaha can now look forward to representing Palace at this year’s Premier League Asia Trophy, which takes place at the Hong Kong Stadium on Wednesday 19 and Saturday 22 July.