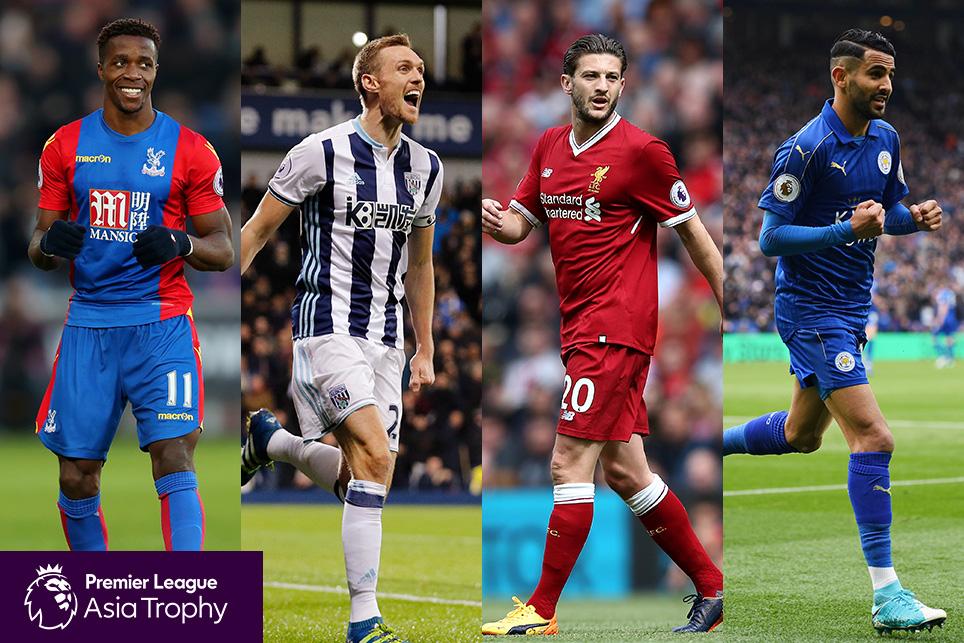 Liverpool, Leicester City, West Brom and Crystal Palace to give local fans chance to get closer to the PL on 19 and 22 July

The Premier League is returning to Hong Kong with the news that Liverpool, Leicester City, West Bromwich Albion and Crystal Palace, will compete for the Premier League Asia Trophy there this summer.

A stellar line-up of players and managers will bring the Premier League experience to fans in Asia, giving fans there a taste of what is to come in the 2017/18 campaign when the tournament takes place at the Hong Kong Stadium on Wednesday 19 and Saturday 22 July.

“We are very excited to be returning to Hong Kong this summer for the Premier League Asia Trophy,” Premier League Executive Chairman Richard Scudamore said.

“We know from previous visits that fans in Hong Kong, and across the region, are passionate supporters of our clubs.”

The eighth edition of the biennial tournament will feature four Premier League clubs for the first time, giving local fans a chance to get closer to the competition and its stars.

The knock-out format will see clubs compete over two matchdays with a final to determine the winner.

This will be Liverpool’s second appearance in the PL Asia Trophy, after their debut in 2007, and Jurgen Klopp’s side will use it to prepare for a return to the UEFA Champions League after finishing fourth this season.

West Brom, Leicester and Palace will compete in the tournament for the first time.

The Premier League Asia Trophy is part of the League’s ongoing commitment to fans in Asia, and to supporting the development of football at all levels in Hong Kong and across the region.

A full programme of community and football development initiatives, including a Premier Skills referee development training course, an elite level referee management symposium and community coaching workshops, run in partnership with the Hong Kong Football Association, will be held alongside the tournament.

Ticketing information for fans will be announced in early June. Tickets will be sold per match day (19 July, 22 July) with each ticket allowing access to both matches on that day.

See: What is Premier Skills?