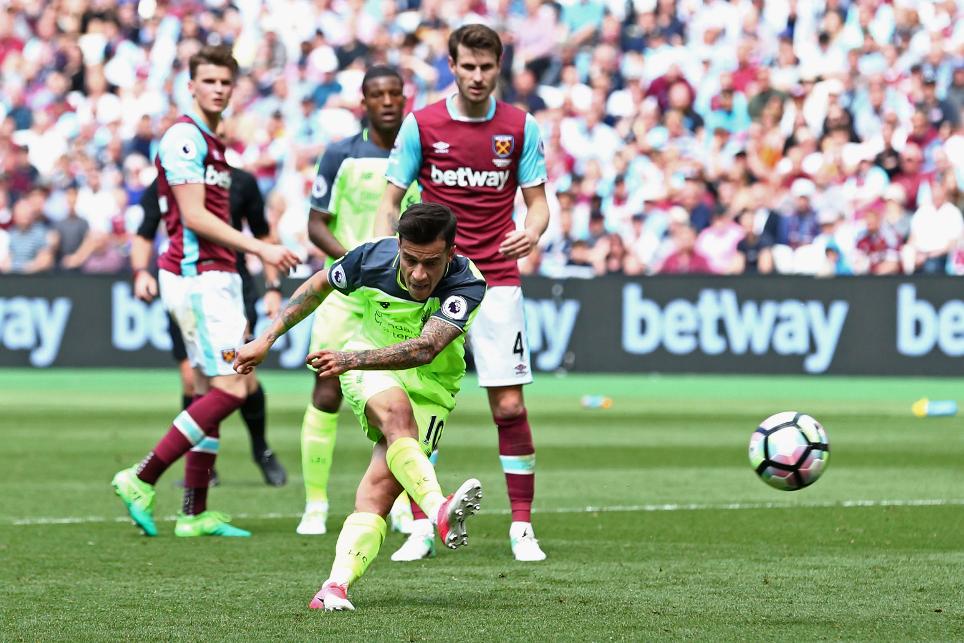 Scoring 66 in the Bonus Points System (BPS) – the top tally in Gameweek 37 so far - the Brazilian produced two goals and an assist to earn a season-high haul of 19 points.

Georginio Wijnaldum (£7.5m) received two bonus points, ending with a tally of 35 in the BPS for the visitors.

Our @carlsberg Man of the Match. 👏 pic.twitter.com/DM1s3z44xZ

The Dutchman claimed a pair of assists while completing 92 per cent of his 41 attempted passes.

Tied on 33 in the BPS, Reds duo Daniel Sturridge (£9.6m) and Nathaniel Clyne (£5.8m) received a single bonus point each.

Clyne completed 91 per cent of 49 attempted passes and won three tackles as Jurgen Klopp’s side recorded a fourth clean sheet in five Gameweeks.

Coutinho also topped the ICT Index thanks to a score of 22.4 – his best of the season and, again, more than any player in the Gameweek to this point.

Handed a central role as Klopp set up with a midfield diamond, Coutinho recorded six shots on goal, with three finding the target.

The Belgian matched Sturridge for shots inside the box (two) and bettered him for both efforts on goal (five to four) and on target (three to two) on his way to scoring the visitors’ fourth goal.

With a Gameweek 38 home encounter against Middlesbrough to come, Coutinho - having produced six goals and two assists in eight outings - is the hot property in the FPL transfer market.

He has already picked up 26,000 new owners since Friday’s deadline.

Both Sturridge and Origi could also emerge as differentials as the Reds seek a victory that would seal a top-four finish. They will face a Boro side who have conceded at least three times in their last three away matches.

Owned by only 0.9 per cent and 4.3 per cent respectively, the pair could retain their starting berths if Roberto Firmino (£8.6m) fails to recover from a muscle injury that ruled him out of Sunday’s win.

Simon Mignolet (£4.7m) has claimed more new owners than any other FPL goalkeeper ahead of Gameweek 38, while centre-back Dejan Lovren (£4.8m) is second only to Everton's Phil Jagielka (£4.9m).