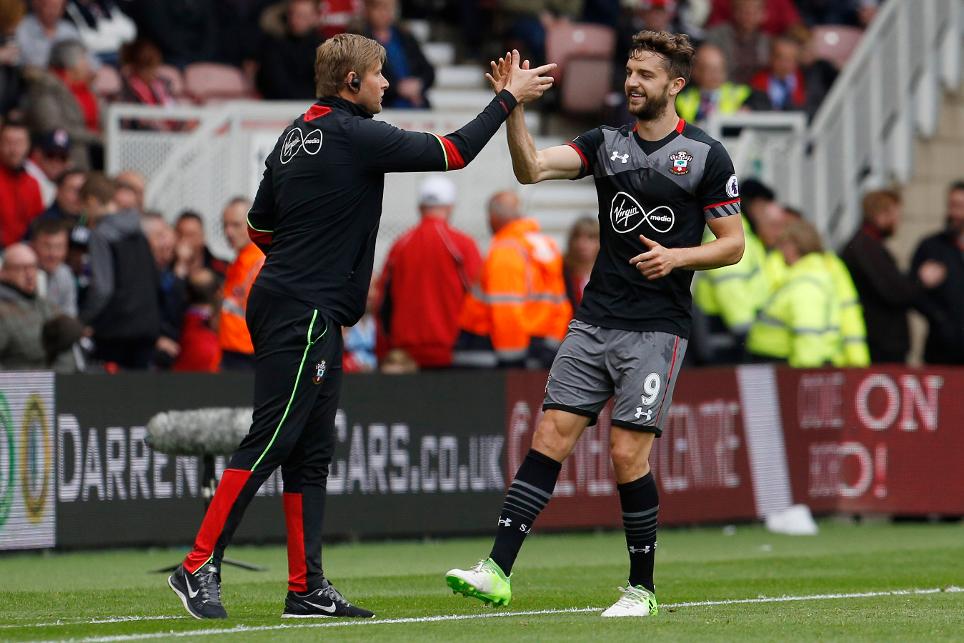 Patrick Bamford Delighted To Get Off The Mark External Link

Scoring 35 in the Bonus Points System (BPS), Rodriguez was afforded a rare opportunity up front and responded with a goal and assist.

He also made five recoveries and completed 83% of 30 attempted passes as the visitors ended a three-match goalless streak.

Stationed on the right wing in his first Premier League start for Boro, Bamford scored the hosts' consolation goal and made three recoveries.

The Saints attacker recorded a BPS tally of 23 after emerging from the bench at the break to net a second-half winner for Claude Puel's men.

Bamford earned top spot in the ICT Index with a score of 13.6 - comfortably his best of the campaign.

An impressive Threat score of 84 underpinned that total, with Bamford enjoying more touches in the opposition penalty area than any other player, firing four close-range efforts.

Rodriguez ranked second in the Index with a score of 9.9.

Listed as an FPL midfielder, the versatile attacker had just three touches in the Middlesbrough penalty area - each one a shot on goal.

Having last started a Premier League match in Gameweek 30, Rodriguez was barely considered as an FPL target ahead of the Gameweek 37 fixtures.

However, Southampton’s busy schedule meant that Puel made seven changes to his line-up.

However, along with James Ward-Prowse (£5.0m) and Dusan Tadic (£6.9m), they played no part in the Saturday's victory.

They will push for a return for Wednesday’s visit of Manchester United, although many of Gabbiadini's owners have already parted company.

With a single assist in his last six appearances, the Italian is second only to Romelu Lukaku (£10.1m) for sales among FPL forwards ahead of a Gameweek 38 St Mary’s Stadium meeting with Stoke City.