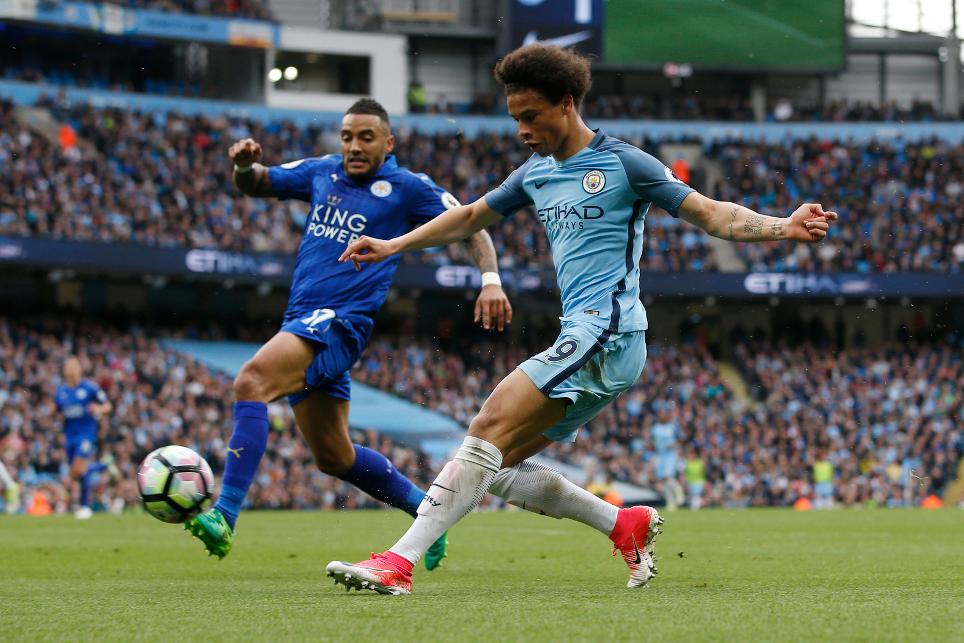 The Brazilian netted the winning goal, converting his only shot from the penalty spot.

David Silva (£8.6m) picked up a single bonus point with a BPS tally of 30 after opening the scoring and creating five scoring chances.

Sane also clinched top spot in the ICT Index with a score of 17.4 – his best tally of the season.

Enjoying 16 touches in the opposition penalty area – more than any other player in Gameweek 37 so far - he produced five shots from inside the box.

Silva's goal and five key passes earned the Spaniard second spot in the Index (15.4), while Marc Albrighton (£5.0m) impressed for the beaten visitors (7.8).

The Foxes winger laid on the assist for Shinji Okazaki’s (£5.6m) goal, one of two key passes he supplied.

He also fired two shots on target - more than any other player in Saturday’s contest.

Owned by 7% and 2% of FPL managers respectively, Sane and Silva proved handy differentials for the first match of Double Gameweek 37.

Leading up to Friday’s deadline, the pair were overshadowed by the scramble to acquire Kevin De Bruyne (£10.5m) ahead of Man City’s two home fixtures.

But the Belgian disappointed. Drafted in by more than 128,000 FPL managers, he returned only two points before being withdrawn late on.

Sane’s two assists helped him to an 11-point tally, his highest of the campaign, while Silva’s end-of-season consistency continues to impress.

He has produced a goal or an assist in five of his last six Gameweek appearances.

The most popular transfer target for Double Gameweek 37, Jesus was acquired by 217,000+ FPL managers.

He has produced five goals and two assists in six starts and appears to have claimed penalties from Yaya Toure (£7.2m) with Sergio Aguero (£12.7m) out of the side.

But Aguero was given 13 minutes off the bench on Saturday and will push for a start in Tuesday's meeting with West Bromwich Albion and the final-day trip to Watford.

.@gabrieljesus33 talks the penalty against @LCFC, @YayaToure and @aguerosergiokun! #mcfc

For Leicester City, Albrighton continues to impress since the appointment of manager Craig Shakespeare.

After providing a single assist in the first 25 Gameweeks of the season, Albrighton has delivered two goals and five assists from his last 10 appearances.

He will face Tottenham Hotspur on Thursday, before AFC Bournemouth visit the King Power Stadium in Gameweek 38.