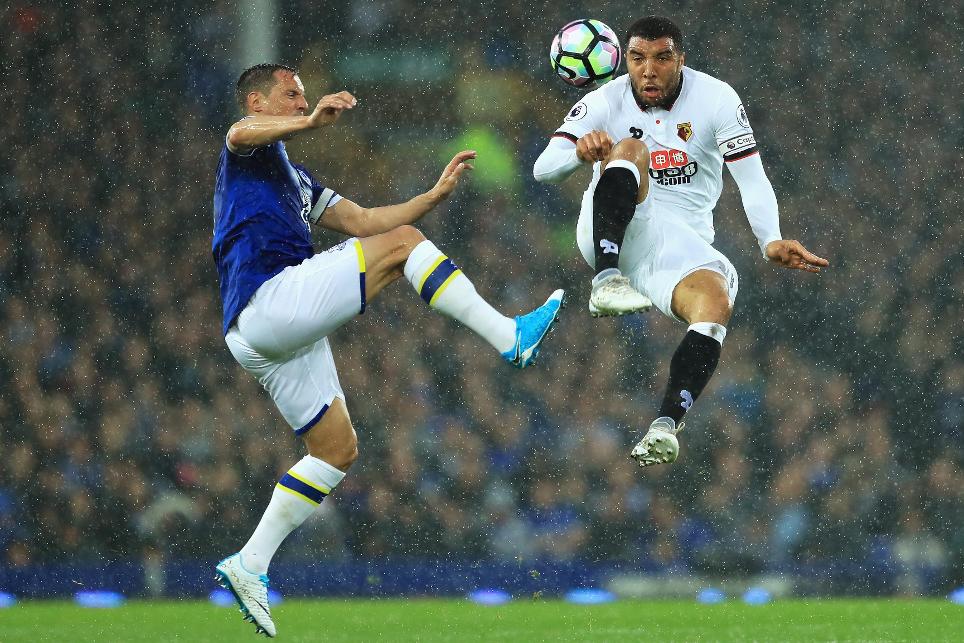 He also contributed 19 clearances, blocks and interceptions (CBI), more than any other player in Gameweek 37 so far.

Recalled to the starting XI, the midfielder completed 81% of 58 passes and made eight recoveries.

Barkley topped the ICT Index with an overall tally of 12.0 made up, in the main, of a Threat score of 47.

His goal was one of four shots he made at Goodison Park.

Stefano Okaka (£5.1m) was the key attacking figure for Watford, registering 9.2 in the Index.

He recorded the highest Threat score on show (74) after nine touches in the Everton penalty area, with three of his four shots from close range.

Baines got the highest Creativity score with 51. In addition to creating three scoring chances, he supplied four successful crosses and completed 20 passes into the final third, the most in Friday's match.

Jagielka has produced a goal, assist or clean sheet in seven of his 10 starts since returning to the Everton line-up in Gameweek 30.

He has recorded double-figure returns in four of his last seven Gameweeks and is the FPL's form defender, with 6.6 points per match over the last 30 days.

FPL managers have been quick to react, installing Jagielka as the top transfer target among defenders ahead of the final Gameweek.

However, he will travel to Arsenal in Gameweek 38, with the Gunners pressing for a victory to maintain hopes of a top-four finish, which is likely to temper any interest in Everton's attacking assets.

That includes striker Romelu Lukaku (£10.1m), who failed to score for a second successive home match, having found the net in the previous nine.

Lukaku still leads the race for the Golden Boot by two goals from Tottenham Hotspur's Harry Kane (£11.7m) but travels to Emirates Stadium having scored only once in his last nine away trips.

He was sold by 260,000+ managers ahead of Gameweek 37, more than any other player, and is already the most sold player ahead of Sunday's 2pm BST deadline.