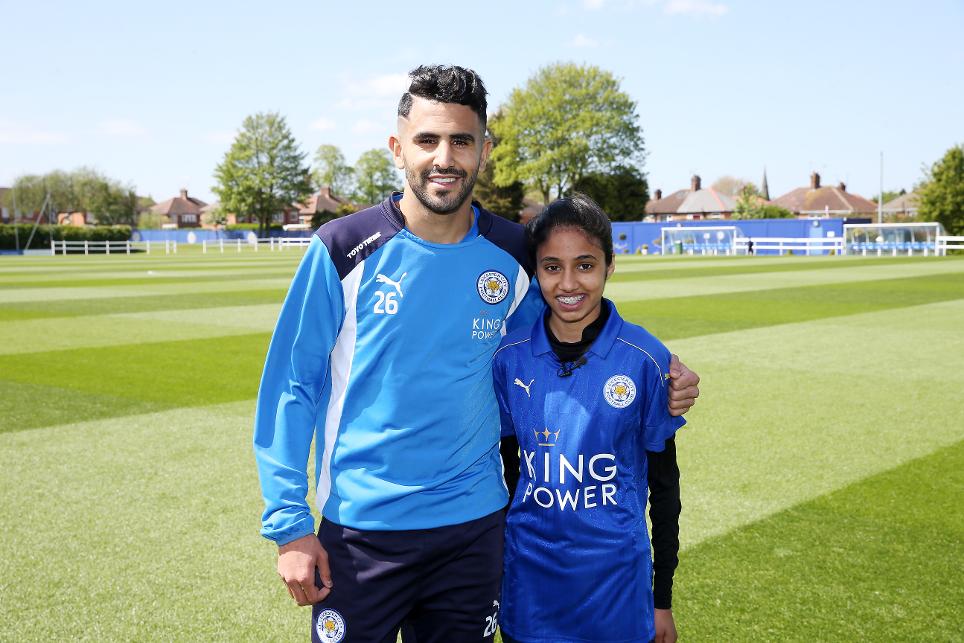 'The work of PL Kicks is invaluable'
What is Premier League Kicks? External Link

Back in 2014, Marriam Rawel had plenty of enthusiasm for football but was having to make do with kickabouts near to her house.

"I was playing on the streets," she says. "It was just me as a girl, and a few other boys, with people shouting at us, moaning at us. We broke some windows along the way."

Marriam's love for the game was inspired by her father, an avid fan. However, when he passed away, she became withdrawn and lost her interest and motivation to play.

"I lost my love of football," she says.

That changed when, aged 11, the Foxes fan spotted a Premier League Kicks session taking place, run in partnership with the Leicester City Community Trust and the police. She joined in and was soon attending regularly.

As a keen and enthusiastic PL Kicks participant, Marriam's PE teacher noticed an increase in confidence and enthusiasm.

And this led to her organising events to try to attract more girls to take part.

"Not only did she give herself the opportunity to play football, she then developed a youth forum and gave other girls the opportunity," Ish Latif, a youth engagement officer with Leicester City Community Trust, says.

"On the back of that we now have a regular girls' session."

PL Kicks has also helped develop Marriam's football skills and she has since had a successful trial with Leicester City Women, securing a place in the Under-16 squad.

The 14-year-old still attends the club's PL Kicks sessions, which engage 300 participants in total each week, while also helping out as a volunteer.

To recognise her contribution, she has been named Leicester's PL Kicks Hero, as part of a campaign celebrating 10 years of the community programme.

She has been given a comic strip telling her story, designed by Marvel and DC Comics artist John McCrea and presented by first-team winger Riyad Mahrez at the Foxes' training ground, an event filmed by the BBC for their Match of the Day Premier League community feature.

"It was amazing to meet Riyad; I was speechless," says Marriam. "I've definitely got my love of football back. Now I've got a Leicester City badge on, I'm proud to be a footballer."

Mahrez was impressed by how Marriam translated her passion for football into inspiring more girls to join Premier League Kicks.

"Marriam suffered a personal tragedy with the loss of her father, but the way she has reacted is an inspiration, using their shared love of football to help increase her confidence and to be a great influence on those around her," Mahrez said.

"It has been a pleasure to spend time with her."

Community Trust chairman Mike Kapur added: "She is a superb ambassador, not just for the club and the Trust but also for girls’ football.

"She really does bring in more girls than we have had engaged before."