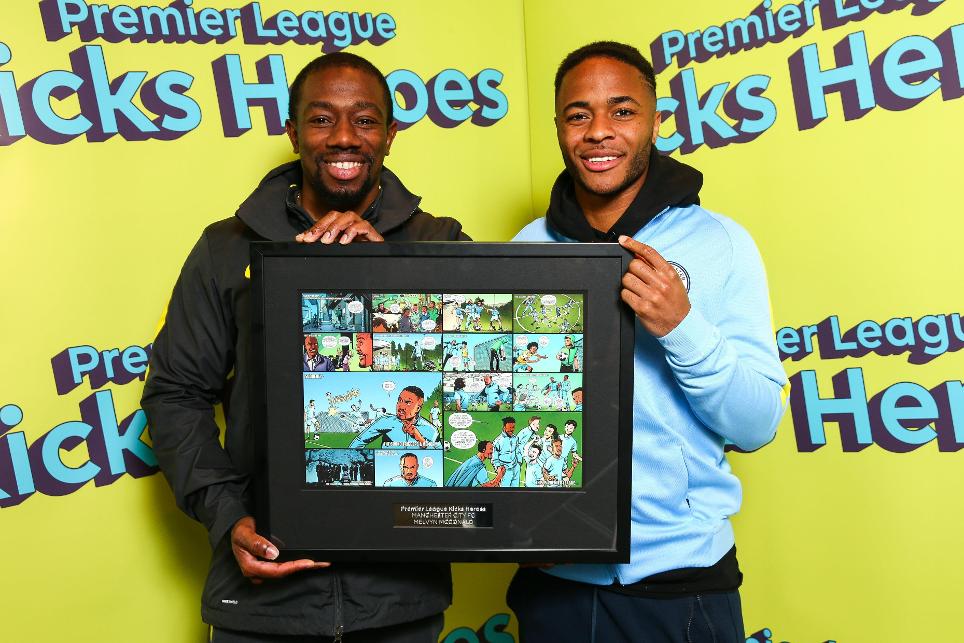 In 2009, Melvyn McDonald was working as a youth mentor in Manchester.

It was at that time he met former Manchester City goalkeeper and City in the Community ambassador Alex Williams, who encouraged Melvyn to use his skills to engage with young people through the Premier League Kicks programme.

"The meeting was a big moment for me as I was already heavily involved in youth work in Manchester but it led me to get involved with City in the Community and PL Kicks," Melvyn says.

Melvyn was also inspired to help others after the death of the friend. "It was one of the biggest factors," he adds.

"There was a lot of trouble at the time. That directed me into youth work. I got into a youth centre and I got into PL Kicks which has allowed me to do some positive work with the young people."

Melvyn is still helping young people in Manchester and to recognise his work, he has been named as Manchester City's Premier League Kicks Hero, a campaign which celebrates 10 years of the project.

"It's a proud moment for me," Melvyn says. "The artwork is brilliant and it's reminded me of my own journey with PL Kicks over the last eight years.

"Putting in the time to talk with and listen to young members of our community is invaluable and PL Kicks has helped to offer not only coaching, but counselling and better opportunities for thousands of young people in Manchester in its first decade. Long may it continue."