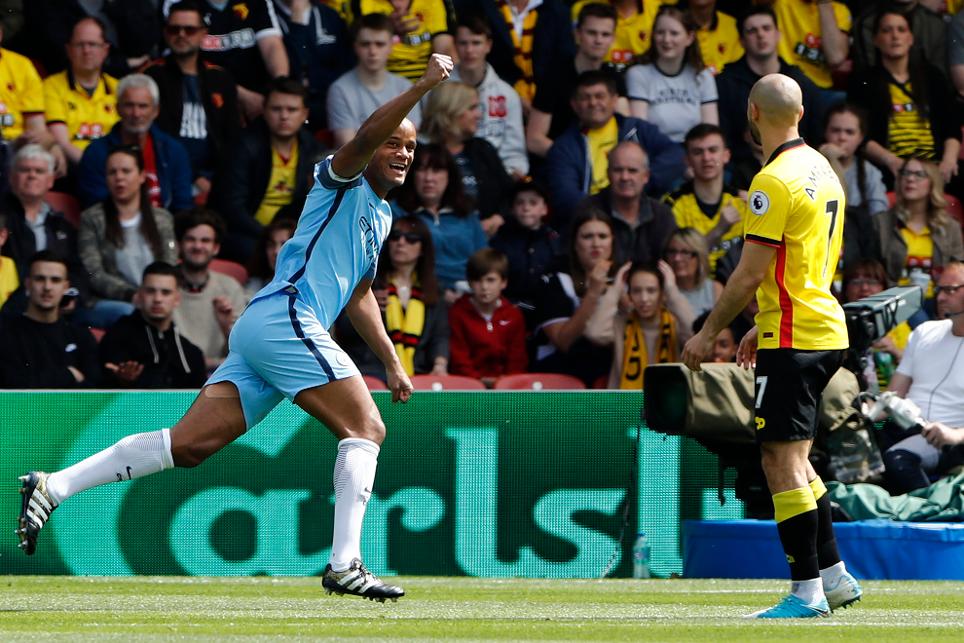 Manchester City confirmed a third-place Premier League finish and direct passage into the UEFA Champions League group stages with a 5-0 win at Watford.

Pep Guardiola's side started the final day in third and ensured Liverpool and Arsenal could not overtake them with a blitz of first-half goals.

Fernandinho's poked effort made it it 4-0 at the break and Gabriel Jesus got in on the act in the 58th minute, converting Aguero's cross to complete a dominant final-day display.

Man City finish on 78 points, two clear of Liverpool and three ahead of Arsenal, who miss out on the top four. Defeat in Walter Mazzarri's final match as head coach leaves Watford 17th.