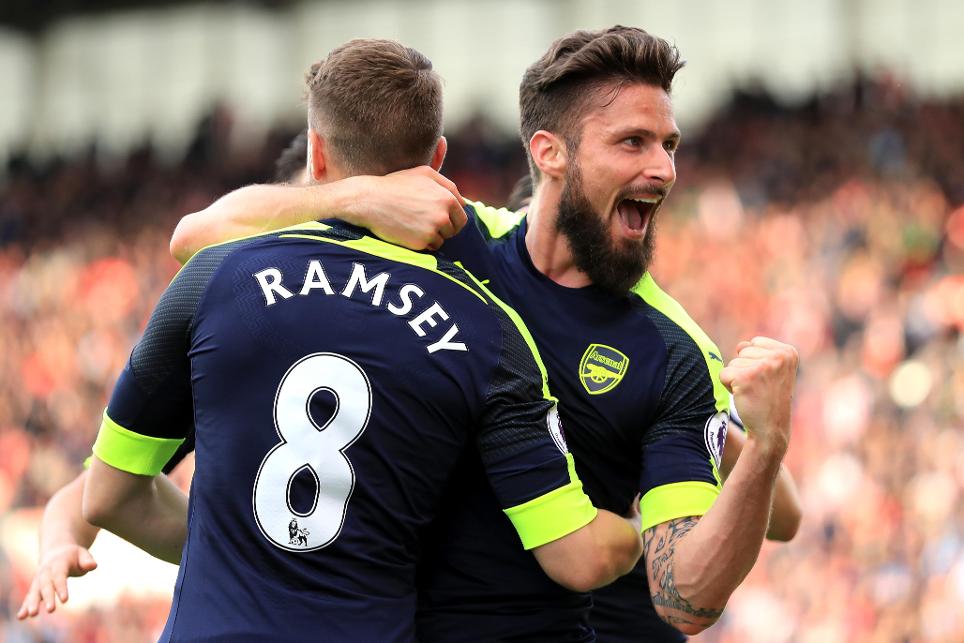 'Anybody who goes there is in trouble' External Link

Arsenal kept their top-four hopes alive with a 4-1 win at Stoke City.

The visiting side dominated the first half at the bet365 Stadium and took the lead just before the break when Hector Bellerin crossed for Giroud to tap in.

Ten minutes after the break, Ozil, on his first start at Stoke, doubled the lead from Alexis Sanchez’s sublime through-ball.

This prompted Stoke to bring on Peter Crouch and the striker halved the deficit by turning in Marko Arnautovic’s cross.

But Sanchez, in his final contribution before coming off with an injury, restored the two-goal lead with a precise shot.

Sanchez’s replacement, Aaron Ramsey, set up Giroud for a fourth.

The win lifted Arsenal to within a point of fourth-placed Liverpool ahead of their match at West Ham United on Sunday.