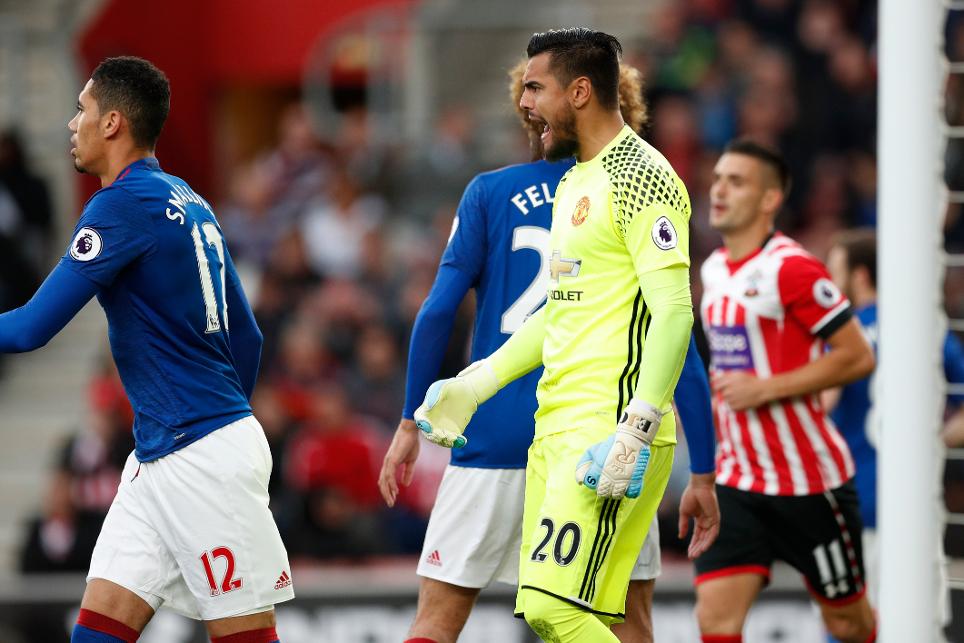 Sergio Romero saved a penalty in a superb performance as Manchester United held Southampton to a goalless draw at St Mary's Stadium.

The Argentina goalkeeper dived low to his right to deny Manolo Gabbiadini from 12 yards in the sixth minute.

After Bailly almost atoned for his handball, which resulted in the penalty, with a low shot saved well by Fraser Forster, Romero brilliantly saved efforts from Oriol Romeu, Dusan Tadic and James Ward-Prowse.

At the other end, Anthony Martial hit the post with a curling effort from outside the box, but neither side could break the deadlock as Saints moved up to eighth. United will finish the season in sixth position.