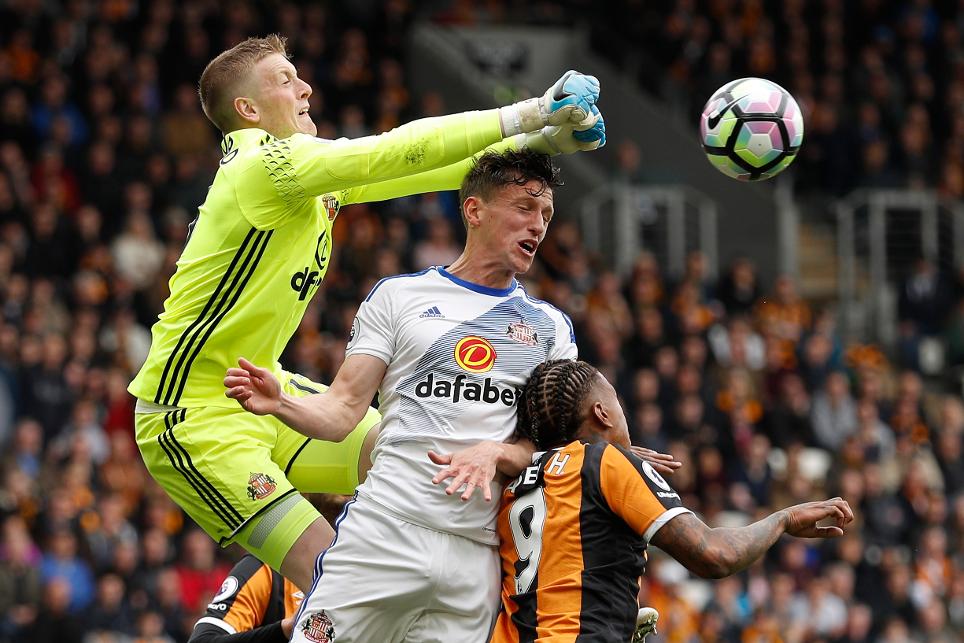 The right-back recorded 45 in the Bonus Points System (BPS), the highest total of any FPL defender in Gameweek 26 with two matches left to play.

Jordan Pickford (£4.2m) earned two bonus points for the visitors with a tally of 39 in the BPS.

The 23-year-old goalkeeper made five saves, 15 recoveries and also supplied a key pass.

John O'Shea (£4.4m) collected the final bonus point on offer, the centre-back providing the assist for Jones' goal and making 11 CBIs to score 34 in the BPS.

Jermain Defoe (£7.5m) scored his first goal in 10 Gameweeks and registered the top score in the ICT Index for Threat (58) in Saturday's contest.

Defoe fired five shots, with three arriving from inside the Hull penalty area.

Hull's Oumar Niasse (£5.6m) had the best Creativity score (37) and his best of the season after setting up three scoring opportunities.

The Black Cats host Swansea City before travelling to Arsenal over their two matches.

Pickford is found in 10.7% of squads, but was benched by 81% of his owners ahead of Saturday's victory.

He will now demand more faith as he bids to be the latest goalkeeper to provide a big return over a Double Gameweek following the recent exploits of Stoke City's Lee Grant (£4.3m), Manchester United's David De Gea (£5.5m) and Southampton's Fraser Forster (£5.0m).

With 120 saves over the season, Pickford is second only to Burnley's Tom Heaton (£5.2m and 132) for total stops, although he has averaged a save every 19.5 minutes compared with Heaton's 21.8 minutes.

Defoe is another intriguing differential over Sunderland's remaining fixtures.

Despite scoring only a single goal since Gameweek 25, the striker still ranks fourth for shots (34) over that period among FPL forwards.