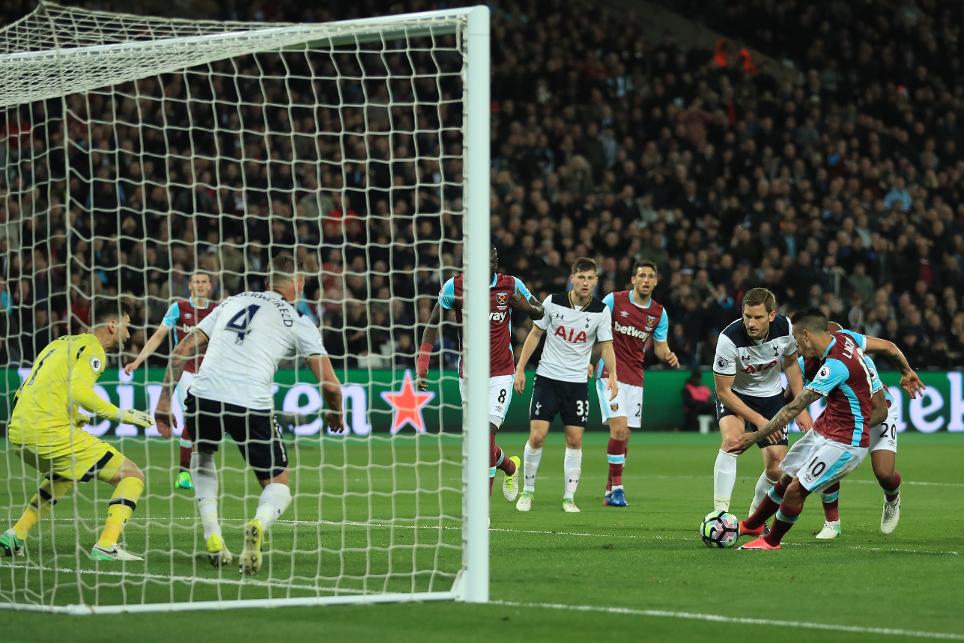 Manuel Lanzini scored the winning goal to give West Ham United a victory that puts a major dent in Tottenham Hotspur's title ambitions.

The Hammers, needing points themselves to guarantee their top-flight status, started brightly but the best chance of the opening half fell to Harry Kane, whose shot was saved by the outstretched leg of Adrian.

🗣 A special night, says the skipper...

The home side continued to frustrate their London rivals after the break and they took the lead on 65 minutes, Lanzini pouncing on a loose ball after Spurs could not clear their area.

West Ham pushed for a second, and Jonathan Calleri forced a great save from Hugo Lloris, but the one goal was enough to seal a result that could have a significant impact on the title race.

Chelsea will now claim their fifth Premier League crown if they win their next two fixtures, against Middlesbrough on Monday and West Bromwich Albion next Friday, which take place before Spurs play again.

West Ham, meanwhile, are up to ninth place on 42 points and are mathematically safe.