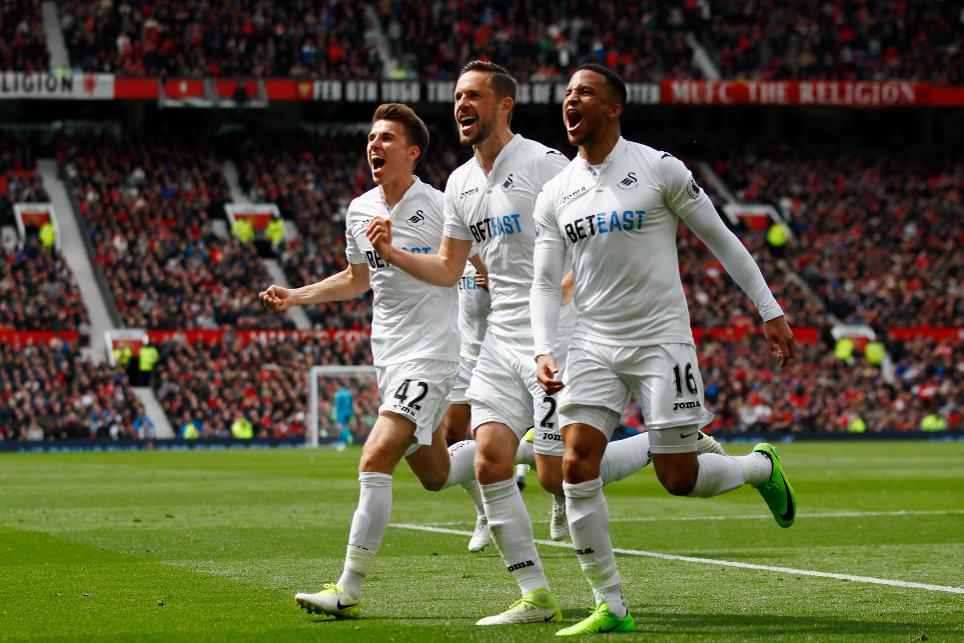 We have turned a corner, says Clement External Link

A stunning free-kick from Gylfi Sigurdsson gave Swansea City a draw against Manchester United at Old Trafford, which could be crucial in their battle to stay in the Premier League.

The Swans had the better of the first half, with Fernando Llorente and Jordan Ayew forcing saves from David De Gea, but Man Utd took the lead through Wayne Rooney's penalty in first-half stoppage time, after Marcus Rashford was fouled by Lukasz Fabianski.

"We have come to a difficult place and taken the ball and played well."

United, who lost Luke Shaw and Eric Bailly to injury during the match, improved after half-time but Swansea claimed a point when Sigurdsson fired into the top corner with 11 minutes to go.

Swansea remain in the bottom three but are now two points behind Hull City with three matches to go.

Fifth-placed Man Utd are one point behind Manchester City, who drew with Middlesbrough later in the afternoon.