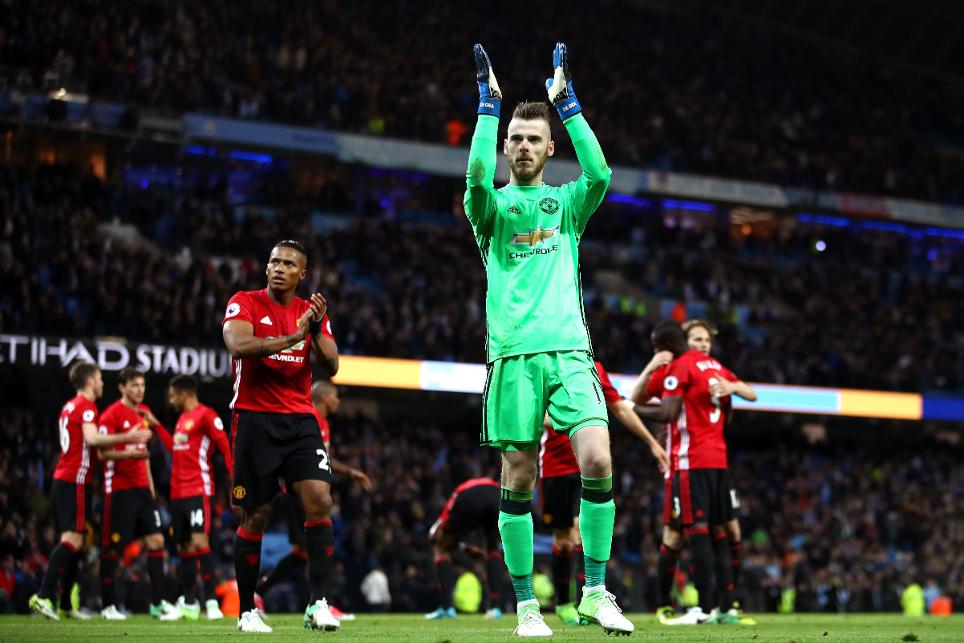 After their battling draw in Thursday's derby extended Manchester United's unbeaten run in the Premier League to 24 matches, Jose Mourinho's men have a record set by their manager's former team in their sights.

The 0-0 draw at the Etihad Stadium equalled the 24-match unbeaten run of Sir Alex Ferguson's 2010/11 Premier League champions and United could draw alongside Mourinho's triumphant Chelsea team of 2004/05 if they go undefeated for the rest of the campaign.

In Mourinho's first season at Stamford Bridge they went 29 matches unbeaten and United can move to within four of the Blues by avoiding a loss against Swansea City on Sunday.

Arsenal’s 38-match "Invincibles" of 2003/04 are the only team to have gone without defeat for longer within a single Premier League season than the Chelsea side of 2004/05, who United are closing in on.

Mourinho’s side can match the record of his title-winning Chelsea side if they do not lose their remaining five matches, although it will be a tough ask with three away matches in a row, two of which are in north London.