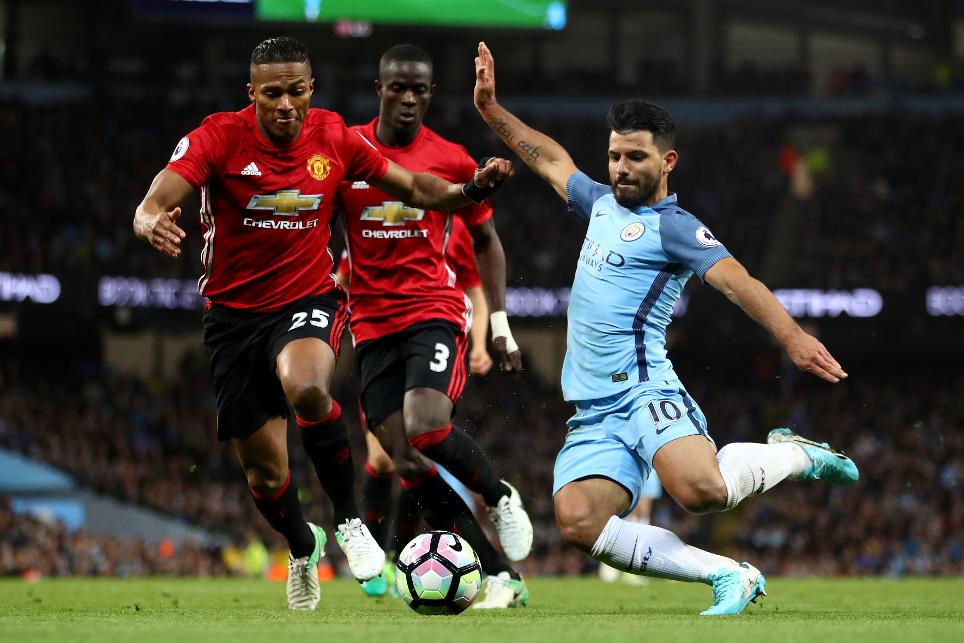 Manchester City were unable to get past a 10-man Manchester United as the derby ended in a goalless draw.

In a frantic first half at the Etihad Stadium, with City enjoying more possession, the best chances came at the beginning and end.

Sergio Aguero hit a post in the opening 10 minutes while Ander Herrera steered a free header wide in the final minute.

After the break, City stepped up the pressure but created few clear chances, with Nicolas Otamendi’s header over their best.

After Marouane Fellaini was sent off for a clash with Aguero City brought on Gabriel Jesus for his first match since injury.

The Brazilian thought he had scored a stoppage-time winner but was offside.

City moved to within a point of Liverpool, in third, with United still a point behind.