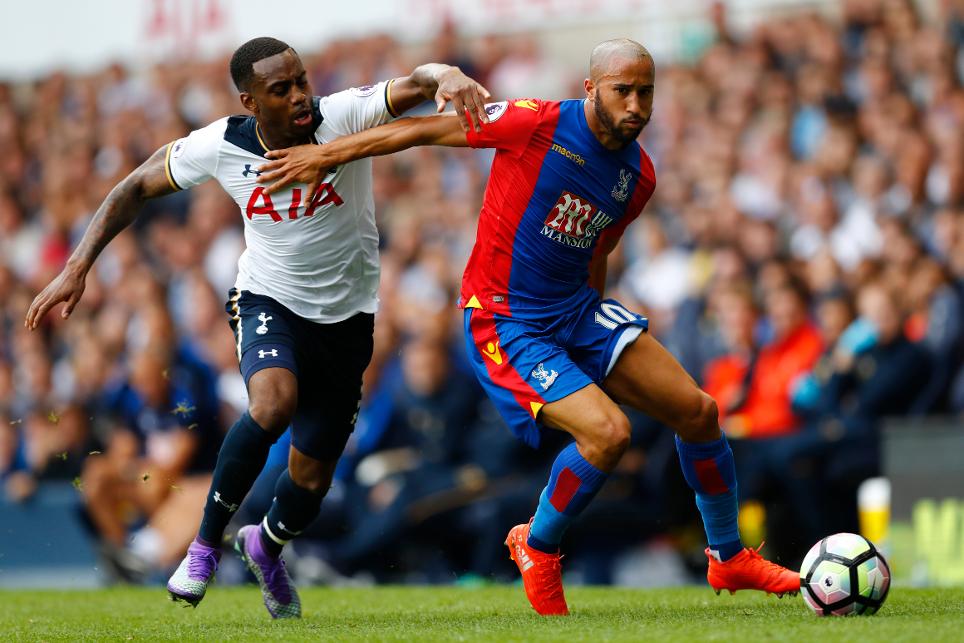 Sam Allardyce has transformed Crystal Palace and nobody has felt the benefits quite like Andros Townsend.

Ahead of tonight's meeting with former club Tottenham Hotspur, Sky Sports’ Nick Wright examines how the winger has rediscovered his best form.

Christian Benteke has played a significant role in Palace’s revival, as have January signings Mamadou Sakho and Luka Milivojevic, but Townsend has come to life.

The winger has contributed more goals (two) and assists (two) in the last seven matches than he managed in the previous seven months. His stunning goal at West Bromwich Albion was a standout moment, but Townsend's transformation has been most apparent in other areas.

His work-rate has increased exponentially since being left out of the starting XI for the 4-0 defeat to Sunderland.

From covering an average of 8.8km per 90 minutes earlier in the season, Townsend has topped 11km in seven of his last nine appearances. His numbers for high-intensity sprints have followed a similar pattern.

It is largely down to a rigorous training regime introduced by Allardyce.

"We didn't get a short-term fix because first and foremost we weren't training hard enough," Townsend told Sky Sports this week. "We changed the structure of how we train. It took a while to get used to that more intense training, but look at the stats and you can see we are working 10 times harder."

These higher fitness levels have allowed Townsend to complete all 90 minutes in four consecutive matches for the first time this season. Against Arsenal he ran further and sprinted more times than any player on the pitch, while at West Brom he made the most tackles by any Palace player in a single match in 2016/17.

Despite playing Spurs three days on from Sunday’s win at Liverpool, Crystal Palace can be confident if Townsend can maintain these levels. He will certainly be keen to show them what they are missing.