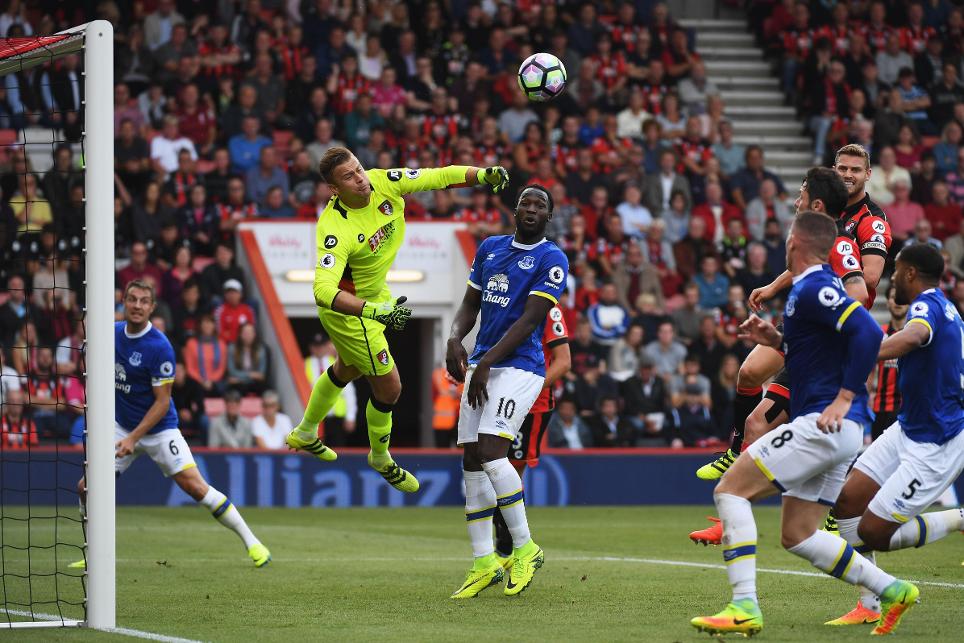 AFC Bournemouth manager hails performances of Polish goalkeeper, whose contract has been extended to 2018

Eddie Howe says Artur Boruc has made a big impact for AFC Bournemouth after the Polish goalkeeper triggered an appearance clause in his contract that extends his deal to summer 2018.

Boruc has kept eight clean sheets in his 32 Premier League matches this season, helping the Cherries up to 13th position on 38 points, seven above the relegation zone.

"@ArturBoruc has been in great form of late and has won us points, we're really pleased for him."https://t.co/jPsWMgD89D#afcb 🍒

“He's been an extremely consistent performer for us, Artur has won us points this season and he's had such a big impact for us."

See: Gosling out of Sunderland trip