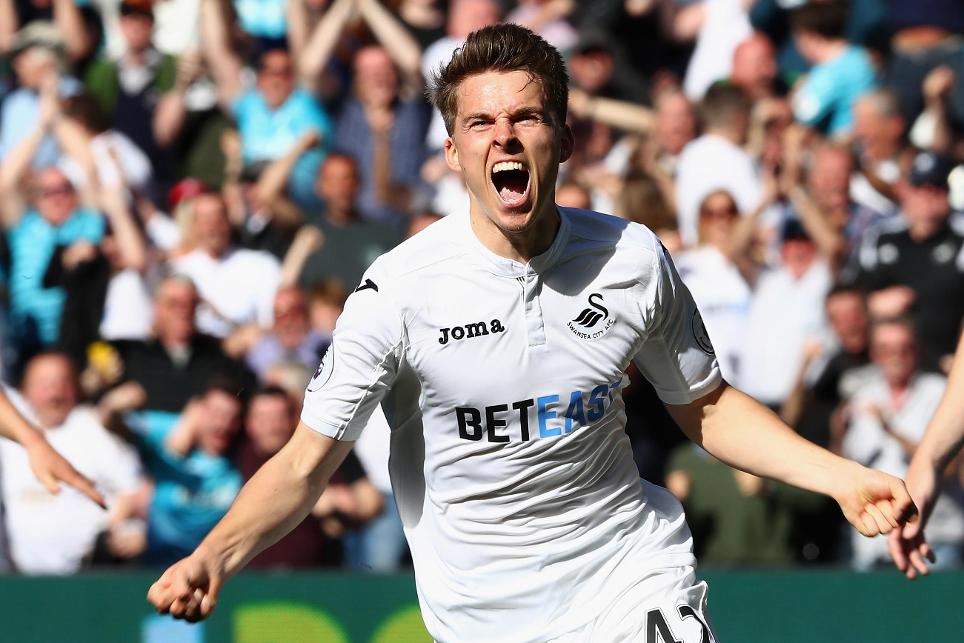 Clement: 'We're on the up again External Link

Kingsley: A platform to build on External Link

Stoke City were made to pay for a missed penalty by Marko Arnautovic as Swansea City boosted their hopes of staying in the Premier League with a 2-0 victory.

The hosts went in front on 10 minutes when Gylfi Sigurdsson swung in a corner and Fernando Llorente directed a superb header past Jack Butland on his return to the Stoke team.

After the break Xherdan Shaqiri was fouled in the penalty area, but Arnautovic blasted the spot-kick high over the crossbar with 21 minutes left.

🗣 “We feel more positive – it’s a vibrant dressing room in there."

Swansea soon made it 2-0 through Tom Carroll, whose long-range effort was deflected in.