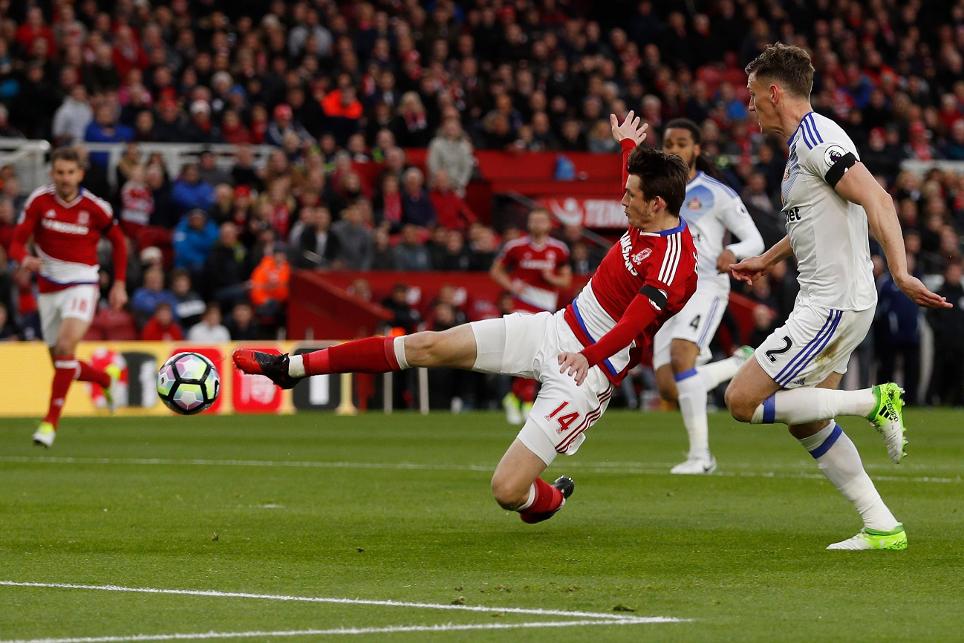 Marten de Roon scored an early goal to give Middlesbrough their first Premier League win since 17 December and hope in their battle against relegation.

Collecting a through-ball from Adam Clayton on his chest, De Roon fired past Jordan Pickford to extend Sunderland's winless run to nine matches.

Pickford denied Stewart Downing a second before Didier Ndong and Jermain Defoe forced Brad Guzan into action at the other end.

There were few chances in the second half as Boro hung on for a vital victory.

They are six points behind 17th-placed Hull City with four matches remaining.

Sunderland are 12 points adrift of safety with five to play and could be relegated on Saturday if they lose to AFC Bournemouth and Hull City avoid defeat at Southampton.