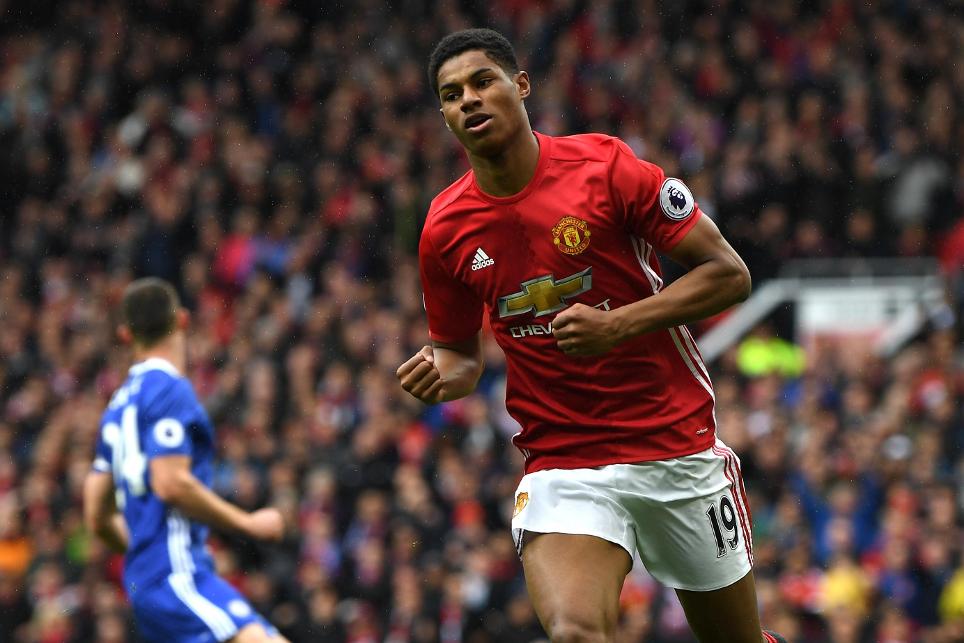 Scoring 41 in the Bonus Points System (BPS), the Manchester United midfielder supplied a goal and assist at Old Trafford.

Herrera also made eight clearances, blocks and interceptions (CBI) and eight recoveries, in addition to completing 74% of 43 attempted passes, two of which led to goalscoring chances.

Handed a central role up front, Rashford scored the opener and also made three recoveries and completed four dribbles.

Deployed as centre-back in a three-man defence, Matteo Darmian (£5.0m) claimed a single bonus point after scoring 32 in the BPS.

The two goalscorers topped the ICT Index at Old Trafford.

Rashford’s Index score of 11.2 was his highest since Gameweek 1. He produced two shots on target, with three of his four efforts arriving from inside the Chelsea penalty area.

Herrera’s goal and assist earned the midfielder an Index tally of 10.8, his top score of the campaign.

Jose Mourinho's teamsheet caused concern for Zlatan Ibrahimovic's (£11.4m) 30% ownership as the Swede started on the bench for the first time in the Premier League.

The second-most captained asset in Gameweek 33 (14.1%), Ibrahimovic got only eight minutes of action, but that was enough for him to receive a booking and to earn zero points.

However, Ibrahimovic will be expected to make a return to the starting line-up for Gameweek 34 and remains the hot property ahead of two United fixtures, away to Burnley and Manchester City.

He is the most transferred-in player this Gameweek, attracting more than 32,000 new owners.

After starting four of the last five Gameweeks and scoring in back-to-back matches, Rashford is the third-most in-demand asset. Over the last 24 hours more than 13,000 managers have transferred him in.

But Herrera remains largely overlooked. The midfielder, who has supplied 19 points in the last two Gameweeks courtesy of a goal and two assists, still sits in less than 1% of FPL squads.

The latter withdrew late on, having suffered from a virus before kick-off.

Courtois was absent with an ankle injury and remains a doubt for the FA Cup semi-final with Tottenham Hotspur.

Sales of Diego Costa (£10.3m) continue to escalate after only two goals in the last 10 Gameweeks.

Subject to 121,000+ transfers out ahead of Gameweek 33, the forward is again the most-sold player, with more than 29,000 FPL managers parting company since Saturday's deadline.