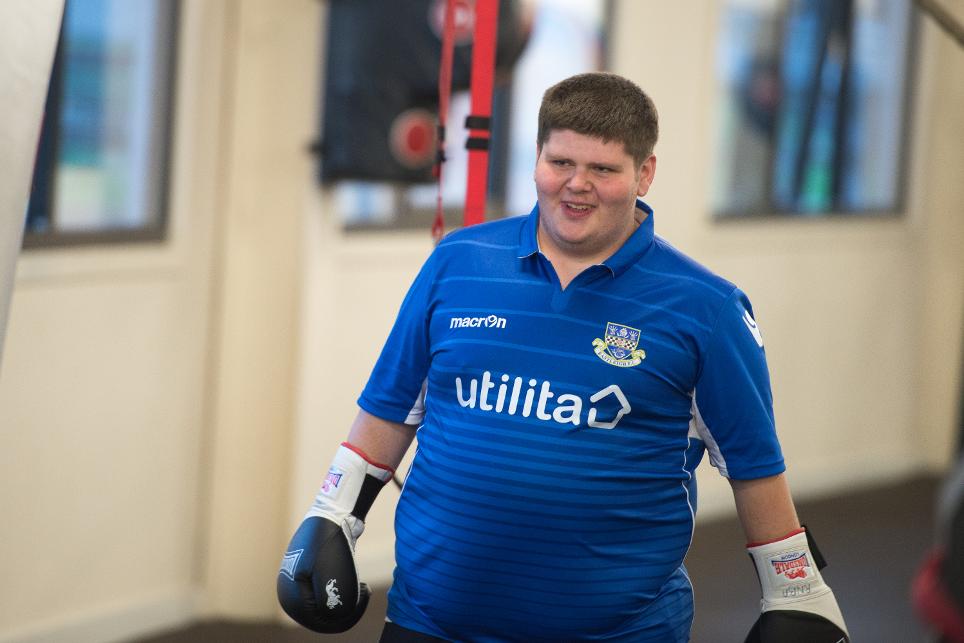 For young Southampton fan Mark Grout, it was difficult growing up. He was a shy person and suffered from bullying.

“I had my problems, and I felt useless and different to everybody else," he says.

“He had no confidence to do anything at all, even reading and writing was a big struggle, everything was a struggle,” she says.

But Mark found out about a programme run by Southampton FC’s Saints Foundation, where they run a variety of sports for young people and adults with physical and cognitive disabilities.

He decided to take up boxing at the Poseidon Amateur Boxing Club, in Hampshire.

“I'd never done boxing in my life. I thought, 'This is great.' I get my anger out and forget the bullies.

“It has changed me as I'm a lot happier in myself, I'm more positive on things.”

Mark has flourished in one-to-one sessions with Saints Foundation coach Tom Kempster, and Lisa feels hugely indebted to his mentor.

“The relationship between Mark and Tom is like brothers, and they just have a laugh and a giggle the whole time," she says. "It takes a special person to bring that out in Mark.”

Tom says Mark was timid at first with him.

“He was very shy, he took a little bit of encouraging to get into everything," he says. "But when he got going, he really went into it heart and soul.

“Given the experience and commitment of Mark, he's more than capable of doing anything he likes.”

Southampton midfielder Pierre-Emile Hojbjerg met Mark at a session as the programme was showcased.

“It's wonderful to see Mark, and his journey is not stopping yet," Hojbjerg says. "It will continue.”