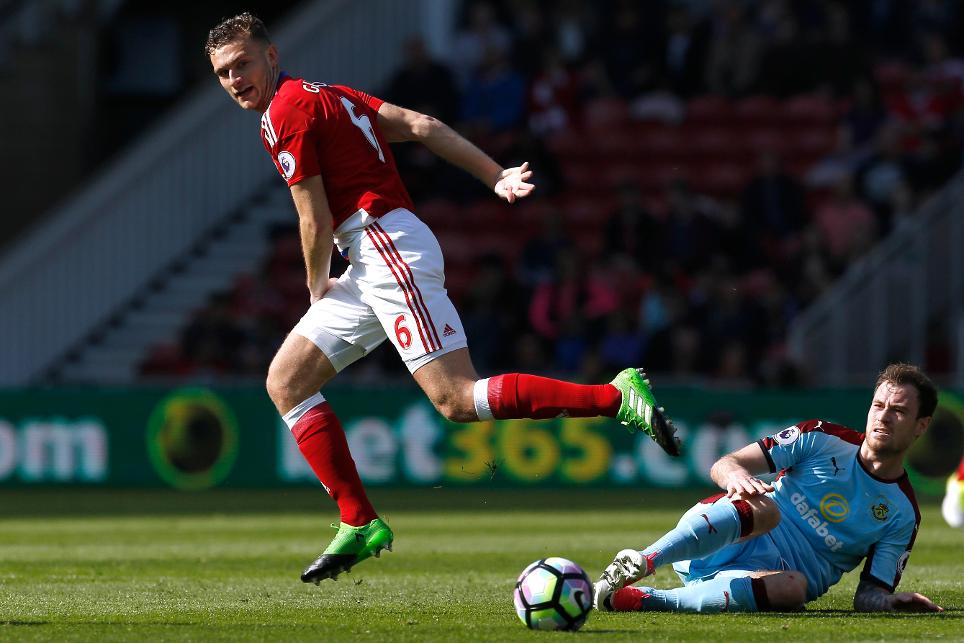 Scoring 32 in the Bonus Points System (BPS), the left-back produced six clearances, blocks and interceptions (CBI), along with five recoveries and a successful tackle.

Middlesbrough's Ben Gibson (£5.0m) moved to 13 bonus points for the season by collecting another two in Saturday's contest.

The centre-back contributed eight CBI and completed 86% of his 74 pass attempts - more than any other player at the Riverside Stadium.

Mee recorded six CBI, three recoveries and a successful tackle and has now earned bonus points in three of his last four Gameweeks.

Leadbitter's first bonus point of the season arrived courtesy of four successful tackles and having completed 90% of 63 pass attempts.

With neither side able to break the deadlock and with just five shots on target, this was a low-scoring encounter in the ICT Index.

Leadbitter topped the overall Index (6.0) with the highest Creativity score on show (38), having supplied four chances.

With two fixtures in Gameweek 34 - at AFC Bournemouth and home to Sunderland - Middlesbrough's FPL assets remain targets despite recent form.

But Alvaro Negredo (£6.2m) was relegated to the bench for Saturday's stalemate, meaning attacking options in Steve Agnew's side remain extremely limited.

That leaves us looking to the defence, with Gibson the prime asset following a 10th clean sheet on Saturday.

The top-scoring Middlesbrough defender by a 40-point margin, he is the only ever-present in Agnew's squad.

Burnley's rearguard also remains a source of value. With 26.3 ppm no player in any position can better goalkeeper Tom Heaton (£5.2m).

His ninth clean sheet of the campaign took him to 134 points, some 15 ahead of Chelsea's Thibaut Courtois (£5.9m) at the top of the FPL goalkeeper standings.

While Burnley play just seven fixtures over the run-in, Heaton remains a key figure who is again the most popular transfer target for goalkeepers ahead of a Gameweek 33 trip to Everton.