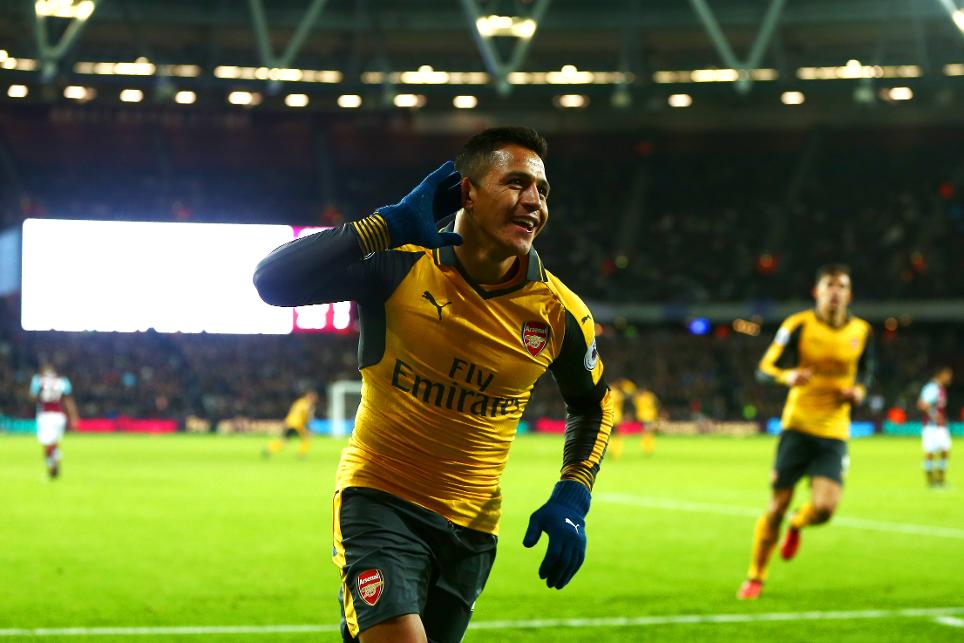 Wenger on how to keep Carroll quiet External Link

The top-scoring FPL asset, Sanchez has notched only one goal in his previous three Gameweek appearances.

But the Chilean’s 27.5% owners will be confident ahead of Wednesday's match.

A 23-point haul against the Hammers back in Gameweek 14, courtesy of three goals and an assist, is the biggest tally by a single player this season.

Zlatan Ibrahimovic (£11.4m) is back in the captaincy race as he returns from a three-match suspension to face Everton at Old Trafford.

Owned by 27.2% of FPL managers, the Manchester United forward has produced more shots (71) and shots on target (29) at home than any player this season.

But he faces a tough task in breaking down a home defence that has conceded only one goal in their last four home outings. The Belgian has scored once in his previous six away fixtures, with only two of his last 12 goals arriving on the road.

The most-sought after striker in the Gameweek, Vardy has been acquired by 108,000+ FPL managers on the back of four goals and two assists in the last four matches.

Mahrez, meanwhile, has produced more shots (11) and shots on target (eight) than any team-mate since the appointment of Craig Shakespeare and has netted in two of the last three Gameweeks.

With Sadio Mane (£9.5m) sidelined due to a knee problem, Coutinho has emerged as the top transfer target for FPL managers. He will take 171,000+ new owners into the Cherries meeting following his goal and assist in Saturday's Merseyside derby.

But Firmino has been a more explosive option at Anfield, producing double-digits in front of his own supporters on five occasions.

Tottenham Hotspur’s Dele Alli (£9.0m) and Christian Eriksen (£8.7m) visit a Swansea City side that has conceded more goals (30) at home than any other side.

Now boasting a 30.9% ownership, Alli has risen to joint-second in the midfield standings on the back of three goals and an assist in his last four outings.

While Eriksen has been less consistent, with a goal and two assists in his previous eight Gameweeks, the Dane has still registered eight double-figure hauls ahead of the Liberty Stadium trip.

Hazard will be seeking a sixth double-figure home tally as Antonio Conte’s side attempt to bounce back from their defeat to Crystal Palace.

Although Costa failed to net against the Eagles, the Spain international’s total of eight shots on goal was more than any player in Gameweek 30.

The visitors’ Sergio Aguero (£12.7m) offers an in-form alternative. Having scored in three of his last four appearances, the Argentinian will be backed to breach a Blues defence that has failed to keep a clean sheet in seven successive Gameweeks.