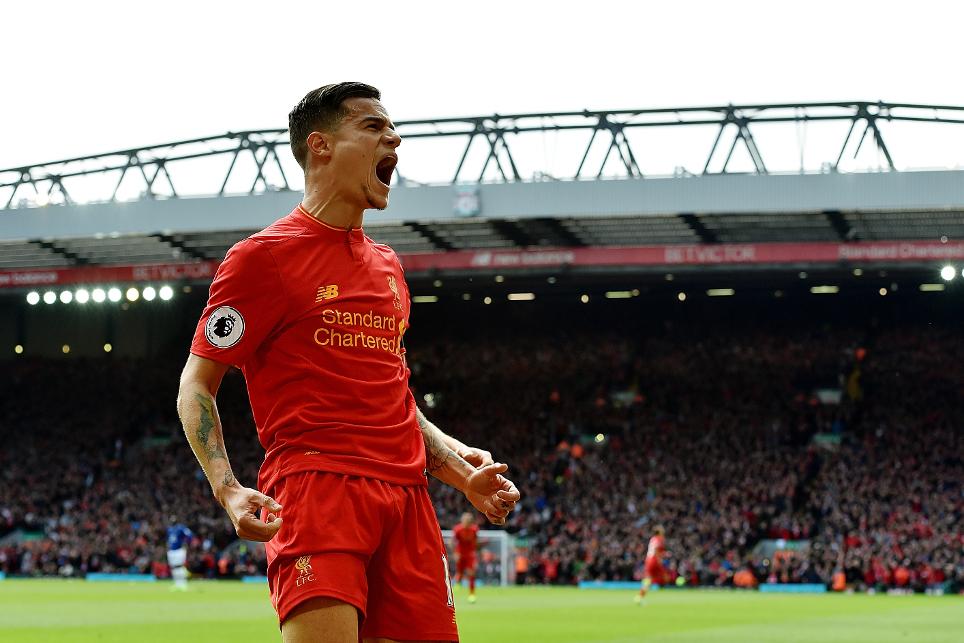 A goal and an assist from Philippe Coutinho (£8.3m) inspired a 3-1 win for Liverpool over Everton, with the midfielder awarded three Fantasy Premier League bonus points.

Coutinho scored 49 in the Bonus Points System (BPS), the highest tally of any player in Gameweek 30.

The Brazilian also set up three chances for team-mates, completed 86% of his 36 passes and made six dribbles.

Everton defender Ashley Williams (£5.2m) collected the remaining bonus point on offer, having provided the assist for their first half consolation.

Totalling 27 in the BPS, the centre-back made six clearances, blocks and interceptions (CBI) and won four tackles.

The playmaker has instantly become the most sought-after asset ahead of a Gameweek 31 Anfield meeting with AFC Bournemouth.

More than 81,000 managers have swooped to acquire Coutinho, with an injury to Sadio Mane (£9.6m) helping to fuel that trend.

The Senegalese winger produced a fourth goal in six Gameweeks to put Liverpool on the road to victory.

But a knee injury sustained in the second half on Saturday makes him a major doubt for Wednesday's clash.

Mane has been the most-sold FPL asset since. He has left over 140,000 squads following Saturday's setback.

While he has scored five goals in his previous four Gameweeks, Lukaku has scored just two of his last 12 goals away from home.

He now visits Old Trafford on Wednesday for Gameweek 31 and, in the light of Zlatan Ibrahimovic's (£11.4m) return from suspension for Manchester United, Lukaku's owners will be assessing their options.

Found in 47.1% of squads, the Toffees striker is the most popular FPL asset.

But with no double Gameweek on offer, more than 18,000 have sold Lukaku ahead of Tuesday's deadline, having been brought in by more than 924,000 FPL managers since Gameweek 24.