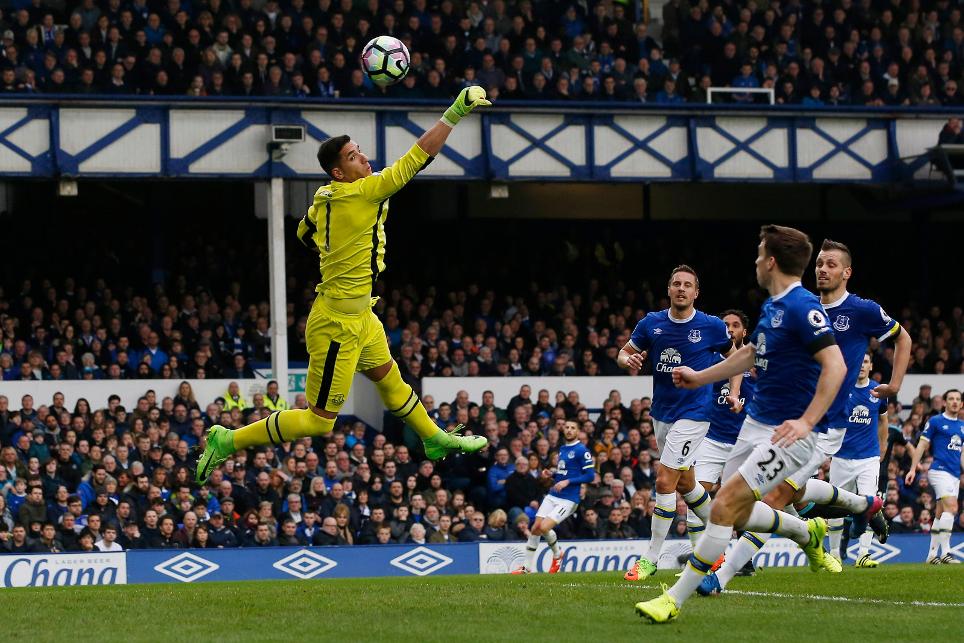 The Scout assesses goalkeeper options for the season run-in, with three double Gameweek players set to be targeted

Joel Robles (£4.7m) is the in-form Fantasy Premier League goalkeeper, but with Manchester United, Middlesbrough and Crystal Palace all confirmed to play twice in Gameweek 34, managers are set to ignore the claims of the Everton shotstopper.

Owned by 1.4% of Fantasy players, Robles has conceded only six times in his last six outings. His average of 5.3 points per match is top among regular starters in goal this season.

Hennessey returned a trio of clean sheets and 12 saves across five recent appearances, registering three successive shutouts since the arrival of loanee Mamadou Sakho (£4.7m) at centre-back. The Welshman travels to Liverpool and hosts Tottenham Hotspur in Gameweek 34.

De Gea has produced two clean sheets in four appearances over the last six rounds of fixtures, with Manchester United missing both Gameweeks 26 and 28 due to domestic cup postponements.

The most popular goalkeeper in FPL, De Gea resides in 33.6% of squads. With 11 matches still to play in the remaining nine Gameweeks, including a pair of away trips at Burnley and Manchester City in Gameweek 34, his appeal is on the rise.

Valdes made 17 saves over five appearances and has returned at least one save point in seven of his previous nine Gameweek appearances.

Sitting in only 5.5% of FPL squads, the Spaniard is about to begin a promising schedule with five of his next six matches scoring two or less in the Fixture Difficulty Rankings (FDR).

Steve Agnew’s side face Swansea City, Hull City and Burnley in the next three rounds of fixtures, before meeting relegation rivals AFC Bournemouth and Sunderland in Gameweek 34.

The Tigers goalkeeper made 19 saves over the last six Gameweeks – second only to Artur Boruc’s (£4.5m) total of 22 – and faces a strong run-in, with six of Hull's final nine matches scoring two or less in the FDR.

Both produced 10 points apiece in Sunderland’s goalless draw with Burnley last weekend and are the top two transfer targets for their position ahead of Gameweek 30.

Returning to the Black Cats’ starting XI in Gameweek 26 after recovering from a knee injury, Pickford has delivered at least one save point in 16 of his 19 appearances this term.

David Moyes’ men are set to play 10 times in the remaining nine Gameweeks, with seven of their next eight matches scoring only two in the FDR.

The top-scoring goalkeeper in FPL, Heaton is also braced for a kind run-in, with six of his nine opponents scoring two in the FDR.