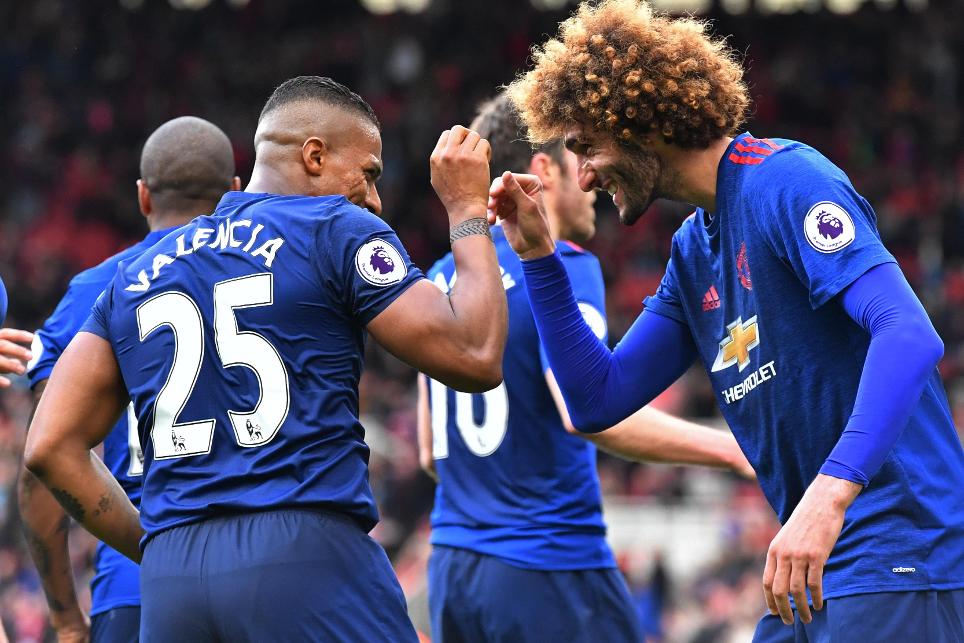 The Spaniard completed 93% of 31 attempted passes, five which led to scoring opportunities for the visitors, with one supplying the assist for Lingard’s strike.

Ashley Young (£5.1m) made it a clean sweep for Man Utd as he picked up the remaining bonus point, thanks to a total of 31 in the BPS.

Lingard’s goal, together with a total of four shots at the Riverside Stadium, earned him top spot in the ICT Index with his highest score of the season (12.2).

Marcus Rashford (£6.4m) ranked second, thanks mainly to an ICT Threat score of 81.

Deputising up front for the suspended Zlatan Ibrahimovic (£11.4m), Rashford produced three of his four shots from inside the Boro penalty area, with two hitting the target.

The most transferred-in defender ahead of Gameweek 29, with 58,000+ new owners, Antonio Valencia’s (£5.8m) late strike means that he has produced a goal, assist or clean sheet in seven of his last eight Gameweeks.

As a result of today’s confirmation that Man Utd will play twice in Gameweek 34 – away to Burnley and Manchester City – Valencia has emerged as the top defensive target. More than 15,000 FPL managers have moved to snap him up.

Set to serve the last of his three-match suspension at home to West Bromwich Albion on return from the international break, FPL interest in Ibrahimovic will also intensify as a result of United’s "double Gameweek".

Middlesbrough will also play twice in Gameweek 34, with a trip to AFC Bournemouth preceding a home encounter against Sunderland.

But with only three goals scored over their previous nine fixtures, and a single clean sheet in seven, Boro have struggled to tempt FPL managers.

Despite failing to net against United, Alvaro Negredo (£6.1m) did demonstrate some threat on his recall to the starting XI, firing six shots on goal.

That might help to convince his 10.6% owners to hold on for Gameweek 34, as the Spaniard seeks to improve a record of one goal in his last 10 outings.