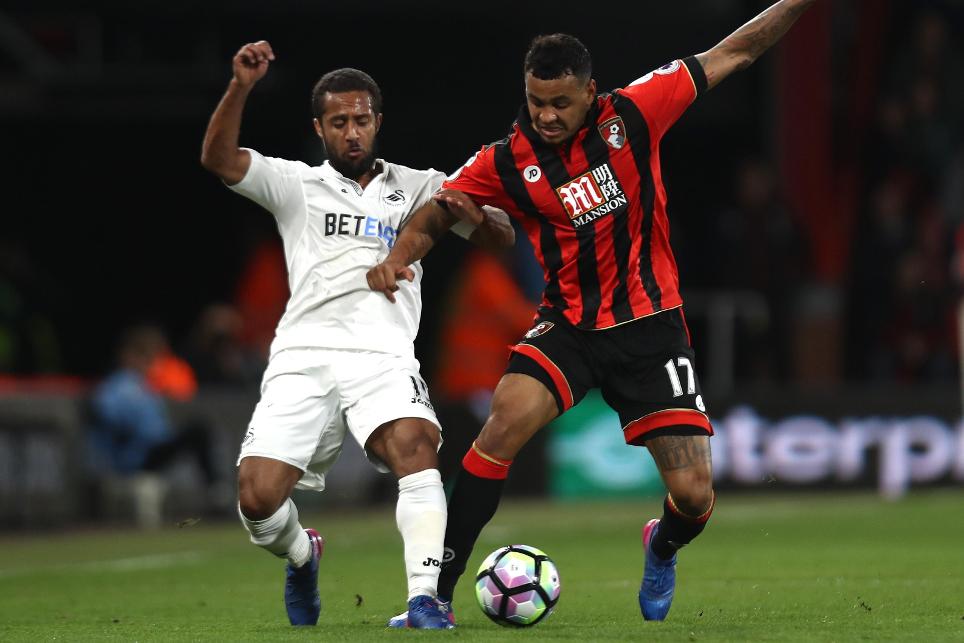 AFC Bournemouth midfielder has 57 points from last eight Gameweeks, but can he deal with testing schedule?

We must stick together, says Clement External Link
Heaton and Pickford in demand for FPL owners

Afobe also earned the assist for the opening goal to earn 35 in the Bonus Points System (BPS).

Joshua King continues his influence in the final third for the Cherries.

The Norwegian benefitted from completing five dribbles and winning three tackles, helping him to a total of 32 in the BPS.

Defenders Steve Cook (£4.8m) and Adam Smith (£4.5m) were tied on 29 in the BPS and were awarded a bonus point each, as the Cherries earned a first clean sheet since Gameweek 19.

He fired in four shots on goal, two from inside the Swansea penalty area, and created more chances (three) than any other player at Vitality Stadium.

The Icelander recorded four shots on goal, with two arriving from inside the penalty area, while supplying three successful crosses from seven attempts.

Following his 18-point haul against West Ham United in Gameweek 28, King was the second-most transferred-in player heading into Gameweek 29, acquired by 221,000 managers.

His assist on Saturday means he has returned attacking points in six of the last eight Gameweeks, totalling an impressive 57 points.

His form has convinced a further 28,000+ to invest since Saturday’s deadline ahead of a derby meeting with Southampton in Gameweek 30.

That fixture is part of a tough schedule that could yet stall King's FPL momentum.

Eddie Howe's side also travel to Liverpool and Tottenham Hotspur over the next four Gameweeks, while they host Chelsea in Gameweek 32.

For Swansea, Fernando Llorente (£6.5m) was fit to start in attack but endured a frustrating afternoon to cause concern for the Spaniard’s 13.3% ownership.

The striker was brought into more than 375,000 squads ahead of Gameweek 28 but has since suffered sales of 90,000+ following a return of three points from two matches.

Llorente failed to muster a single shot on goal on the south coast but could promise improved returns against Middlesbrough and Spurs in back-to-back home matches.